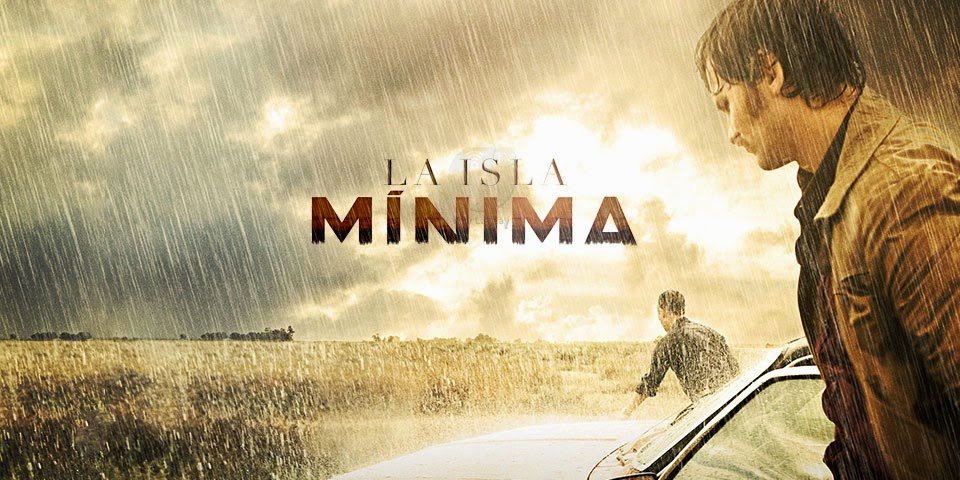 Marshland is what you would call a slow burn, as there isn’t a ton of action, nor is it fast paced. However, it is an entertaining and intriguing police procedural that takes place in a rural town in the south of Spain during 1980. The effects of the Franco dictatorship still muddy the waters; we see his name spray-painted on walls, while his influence still reverberates with many people in the town. The political climate of the region is what separates this film from any number of murder mystery/police procedure films. We see and hear about many workers’ strikes and how they are effecting the small town. Politics hang over the entire case from beginning to end, constantly providing obstacles, giving the film its own identity.

Solving a murder case in a Spaniard rural town in 1980 is one mighty challenge. Those wanted by the police are hard to find within the marshlands of the area, presenting another barrier for normal police work. I’m guessing that is where the name came from. This is the type of challenge that detectives Juan (Javier Gutiérrez) and Pedro (Raúl Arévalo) are facing. While investigating the death and mutilation of two girls found in a swamp, they find out that they are dealing with a serial killer.

Two other girls lost their lives in similar ways, on almost the same dates, in both 1978 and 1979. Complicating matters is the fact that the two detectives beliefs and ideals seem to be polar opposites. They do indeed butt heads on occasion, but for the most part, both stay loyal to their partner. However, their differences make each encounter with suspects or witnesses interesting, as we see how each man handles certain incidents.

In addition to this police investigation we have an interesting character study, as we get to know both Pedro and Juan. They are brought together as partners because, while working in Madrid, Pedro wrote an angry letter to a newspaper about the government. He is later told ‘this country isn’t used to Democracy yet’ and that he can’t mouth off about the government. Pedro of course sees it in another way. His punishment, for writing a letter, was a transfer to a rural town that everyone wants to leave, according to the locals, and we never quite know what his motives are.

He wants to solve the case, of course, but is he emotionally interested? Or does he just want a ticket back to Madrid and the comforts, including his family, which will be waiting for him? He seems annoyed that he has been shuttled off to a rural town, but as the case moves forward his passion rises and soon he will seemingly do anything to catch the killer.

Juan is the complete opposite of Pedro. While Pedro maintains his composure for most of the film, Juan loses his cool several times with suspects, threatening and harming them to get information, as if he were policing for the old world: Spain before it became a democracy. This casts a shadow over his character, as we doubt whether his motives are pure. He is also the more persuasive of the two, whether with suspects or with his own partner, he seems to enjoy manipulating people for his own pleasure. It also becomes obvious that he is not a happy man, he is in pain, and we hear nothing about his family. He displays a nonchalant attitude towards the case initially, but as it progresses his actions speak loudly.

Both characters have great arcs that are three-dimensional and complex.

The setting is well recognised, as the cars, haircuts and mustaches certainly point to the late 70’s/early 80’s. Also worth mentioning is the sublime photography. Not only is the entire movie immaculately captured, especially one scene where the camera tracks Pedro racing after a potential suspect, but what will stick in your mind is the amazing aerial shots. These images help to put the murder case in perspective to the problems the entire country is suffering from.

This top-down aerial photography is most prevalent – and incredible – during the starting credits of the film. As a subtle bass line plays under soft acoustic guitars, we see the marshes of Andaluci. They look stunning, and the marshes serve as the perfect setting for majority of the movie to take place.

If you enjoy murder mysteries, Marshland is highly recommended as the Spanish flavour and its political undertones make this film stand out from others in the genre. Even if the genre isn’t your cup of tea, Marshland is still worth a watch thanks to its rich characters and the political backdrop of Spain in 1980.