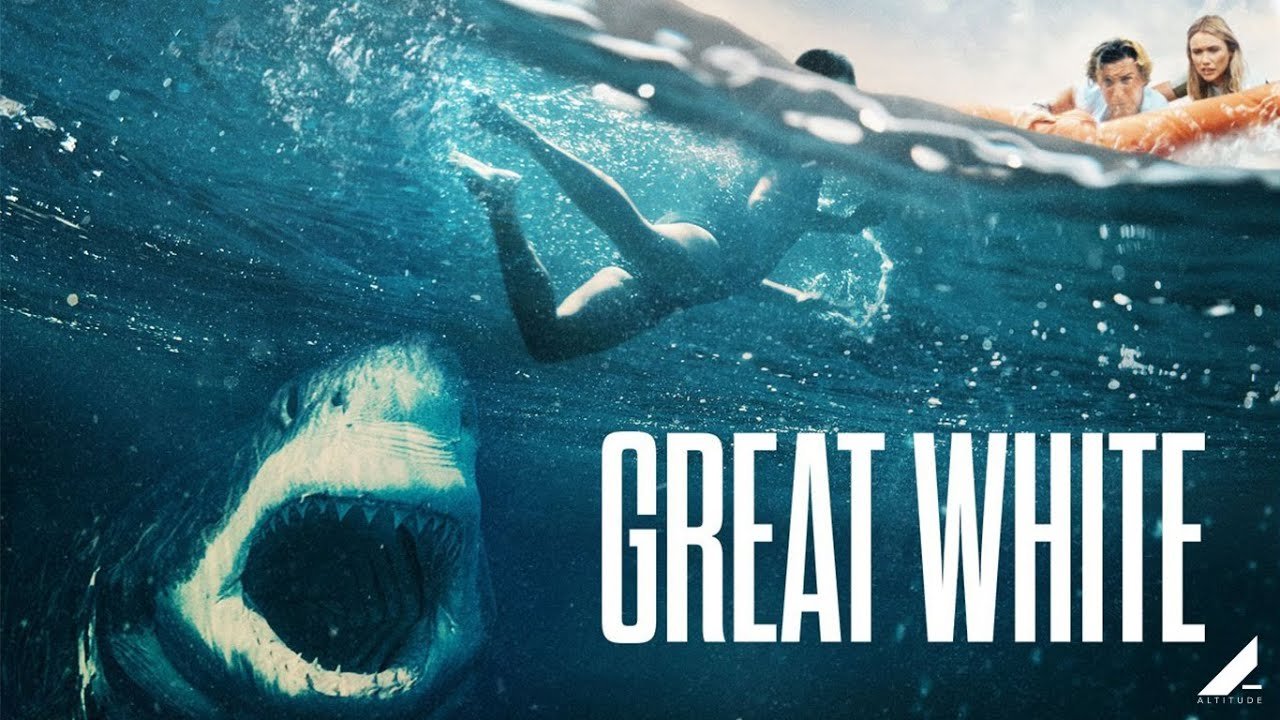 Great White is as basic of a killer shark film as possible. Everyday people surviving a pack of ordinary sharks, not super-enhanced, not vengeful, nothing like the Deep Blue Sea or Jaws IV, or Meg, whatever.

My guess is that they were aiming at a more grounded approach, and it worked ok until a certain point. I think that real sharks probably wouldn’t jump out of the water and intercept you mid-air in a bloody fashion, but this kinda takes away the interest from the film. They provide a bare minimum of information about the characters, but this is still a killer shark film and you expect something different from the very basic and tired concept.

My biggest problem with it was that up until 50! Minutes into the film, nothing really happens, they just wrap up the set-up. There is also a very awkward racial or ethnic conflict which I did not understand at all, it just felt super forced.

It’s not spectacular, it’s not gory and fun, it’s not original in any way, so while I can say that it was a film, I can’t think of a reason for anyone to watch it