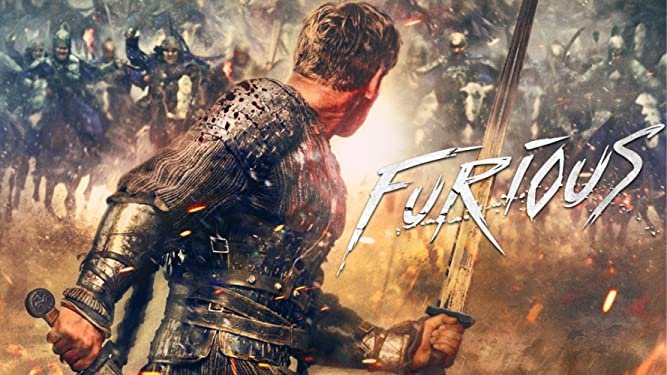 “Legends Are Made On The Battlefield”

Furious is a visually stunning historical fantasy epic that tells the tale of Evpaty the Furious and is essentially a Russian version of 300 meets The Lord of the Rings. Ilya Malakov plays our hero Evpatii Kolovrat who has a bizarre habit of forgetting things when he goes to sleep and has to be reminded that he is not 13 years old anymore. When a Mongol army appears led by Batu Khan he is forced to rise up and face the enemy and take revenge after his people are all slaughtered.

I need to get this out of the way before I go any further; Furious has some of the worst dubbing I have ever seen in a movie. It would have worked so much better using the original language with English subtitles and I hope they do that with the Blu-ray/DVD release as it would improve the film dramatically.

The dialogue is mostly painful to hear but as stated that is because of the dubbing which for the first half hour was very distracting; once I made peace with that however, I found myself getting into the story and really enjoyed the battle scenes and rather beautiful visuals.

Ilya Malakov was sympathetic as our lead and frankly it was nice to see a film where the Russians are the heroes rather than the villains they are usually portrayed as. The Mongols are never really given any depth and are just an enemy that needs to be defeated but I did like Batu Khan’s sense of honour and how he respects Kolovrat for the warrior that he is.

It’s all mostly complete fantasy but there is plenty of style with a massive sounding orchestral score featuring choirs and electric guitars, once again channeling 300.

The action scenes are plentiful and bloody and it never goes too long before there is some form of fight or battle.

Overall, if you can get past the rotten dubbing and unintentional humour Furious still manages to be massively entertaining and deserves to be released in the original language with subtitles so it can be appreciated better.