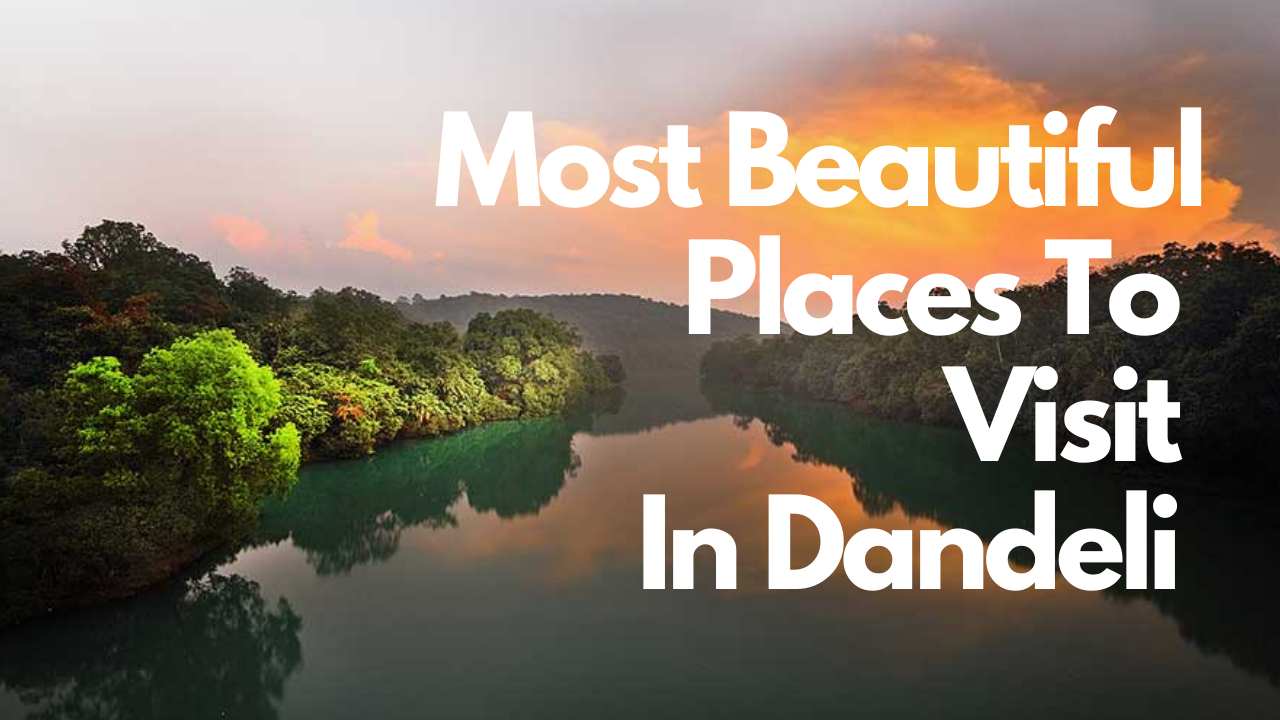 One of the most popular weekend getaways for the residents of Bengaluru and Pune, Dandeli is one of those havens every nature loving traveller must visit at least once in his lifetime. What really makes the places to visit in Dandeli so beautiful is a vast area filled with lush vegetation that houses scores of different species of plants, animals and birds in great quantities.

Adding to the charm of this place are the local hills and their even more beautiful peaks that offer stunning views of the entire region. Popular among trekkers and other adventure enthusiasts who often like to camp here, Dandeli offers enough opportunities for these kinds of travelers with a huge number of natural havens that are just there waiting to be explored.

Dandeli can easily be counted amongst the most beautiful destinations in the state of Maharashtra. The best time to visit the lush green hill town of Dandeli include the months of February, March, April, May, October, November and December.

Some of the best tourist places in Dandeli include the Dandeli Wildlife Sanctuary, Kavala Caves, Shiroli Peak, River Kali, and Shivaji Fort among a lot of other places that are just there waiting to be explored by nature lovers, trekkers and other travelling enthusiasts.

Top 5 Most Beautiful Places To Visit While In Dandeli

Spread over 834.16 sq km this wildlife sanctuary is the second largest in Karnataka. Characterised by steep slopes and deep river valleys and deciduous forests, the Park is a haven for the Black Panther, sambar, bison, Malabar giant squirrel, elephant, tiger, leopard, gaur, flying squirrel, mouse deer among other animals.

The Park is located about 485 kilometers from Bangalore and trisected by tributaries of the Kali, Kaneri and Nagajhari Rivers.

Located at a distance of about 25 km from the main town of Dandeli, the Kavala Caves is essentially comprised of several ancient limestone caves that make way through a winding tunnel. The caves can be reached by climbing a flight of 375 steps that lead to these limestone caves that have naturally formed a Shiva Lingam.

Tourists who visit this place from far off places often make the effort of crawling a length of 40 ft through these winding caves just to catch a glimpse of this famous and revered Shiva Lingam. It is believed that these caves have existed since the prehistoric times and thus make for one of the star tourist attraction in Dandeli.

Currently, the Kavala Caves are inhabited by numerous snakes and bats. These caves were formed by volcanic activity ages back, and are home to a lot of stalagmite formations. Dimensionally very small, these caves offer a view of the River Kali entering the valley below.

When travellers visit the Dandeli Wildlife Sanctuary, one of the biggest tourist attractions in Dandeli, they often pay a visit to the famous Shiroli Peak too. Located at a distance of 25 km from the main town of Dandeli, one of the biggest highlights of this peak is that it is the highest point in the entire Uttara Kannada Region.

Popular among both trekkers and regular tourists alike, one thing that makes the Shiroli Peak such a popular tourist attractions are the stunning views of the surrounding mountains of the Sahyadri Range that it offers.

Visitors can travel to this place after taking permission from the forest department. Owing to its elevation, it is a favourite with trekkers and nature lovers.

A popular spot among tourists for activities lies boating and river rafting, River Kali contributes majorly to the natural beauty of Dandeli. The river originates from Diggi, a small village in Uttara Kannada district, and flows past a lush green landscape that borders its banks.

The native saucer-shaped coracles made of bamboo are seen on the river at all times, thus making it a picture perfect place. Besides, it is the unspoilt beauty of nature which rules the region around this river.

The banks of this river are abound with weaver birds and other beautiful avifaunal species, thus making them great places for birders. At these banks, tourists can also find some of the other popular bird species including pied kingfishers and egrets among others.

Situated at a distance of 22 km from the min Dandeli Town, the Shivaji Fort makes for one of the top tourist attractions of the region. Surrounded by the best of natural beauty, it is an ancient fort which is believed to have been once built by the Maratha king Chhatrapati Shivaji.

The structure offers a glimpse of the warring techniques of those times. Sangolli Rayanna, a legendary king who fought with the British, also occupied the fort for some time. The fort makes for a great attraction among nature lovers, trekking enthusiasts and heritage loving travelers as well.

Although Dandeli is a destination which is filled with the goodness of the lush green mountains, the Shiroli Peak is the most popular one among both trekkers and regular travellers. Located at a distance of 25 km from the main town of Dandeli, one of the biggest highlights of this peak is that it is the highest point in the entire Uttara Kannada Region.

Weekend Drive: lakes worth visiting in the Hyderabad

Best Places To Visit Near Hyderabad