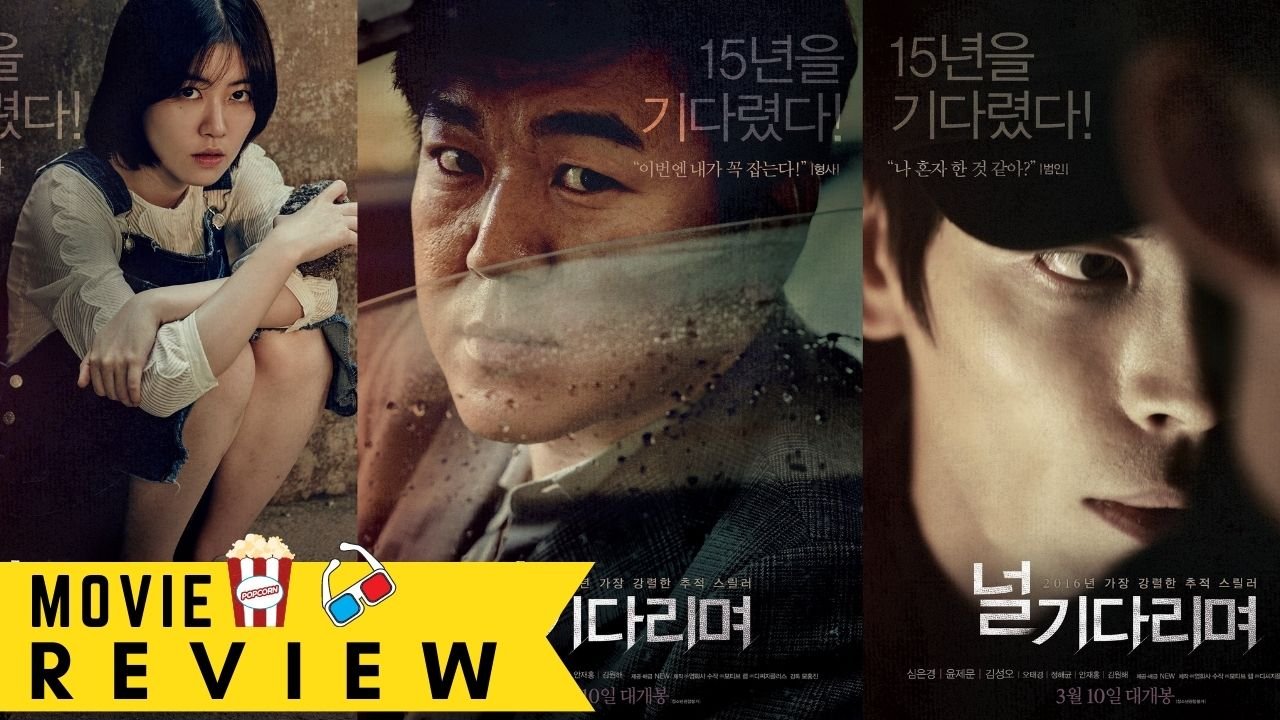 A little girl who lost her father to a serial killer 15 years ago awaits his release, while a suspecting detective follows the killer.

The film opens at court, Gi-Beon is arrested and suspected of 7 murders but the judge ordered 15 years of a prison sentence for one murder because of lack of evidence.

The director revealed all important characters and their pain in the first 10 minutes of the film. The girl who lost her father at the age of 15, A policeman who lost his chief who died instead of him, and A mysterious person who looks at the killer and killer does too.

15 years later, Hee-Joo (now in her 20’) voluntary works in her father’s station. She has a special bonding with every policeman in the station.  In the first few scenes, the director showed Hee-Joo’s character as a loveable and innocent type. But the truth is She is hiding her “Monstrous” side and it is revealed after she met Gi-Beon at the station.  Her character has a strong character Arc and it has a lot of twists and turns with beautiful emotion towards her mother who ran away with another man 17 years ago.

God is Dead, why not become a Monster?

Because God is absent, Monster is Needed

The second most loved character in this film is Gi-Beon (Kim Sung-oh), actually, I know him as a supporting character in a lot of dramas and films.  This is the first time I’m seeing him as Antagonist. And I have to admit, he is born to do this character. When he reveals a secret to Yoon Je-moon, you can see the pleasure in his eyes. And the way he kills his lover who cheated on him was cruel and gritty.

His character has two sides of the character arc, one his cruelty towards his prey and the second, searching for the guy who tipped of him to police. There is a lot of intense sequence between Gi-Beon and another killer (Twist).

Yoon Je-moon as Detective Dae-Young worked on the original case with Hee-Joo’s father and he has not given up getting a murder conviction for his former partner. Meanwhile, Hee-Joo has waited patiently for Gi-Beom’s release. He has a one-dimensional character arc and doesn’t have strong writing in the film. Still, he has strong character towards the end.

There is a lot of character in this film but they are just okay for their role. Nobody has strong writing.  The cinematography is top-notch.  Every frame looks stunning. Background scores in this film are terrific.

Coming to the writer, director Mo Hong-jin has an original idea but the only problem is that the movie is rather inconsistent on more than just one level. This applies to the narrative perspective as well as to the genre.

Results in a movie which is far from perfect, but at the same time is a title I wouldn’t hesitate to recommend to fans of any of the above-mentioned genres. I gotta mention the dark atmosphere as a positive aspect of the movie, though, and also the frequent bloody knifing.

Not Good as any other Korean Film, But if you willing to watch a close enough like “I SAW THE DEVIL” – Then this is your Film

“Evil Always Wins, Because Good Man Do Nothing”