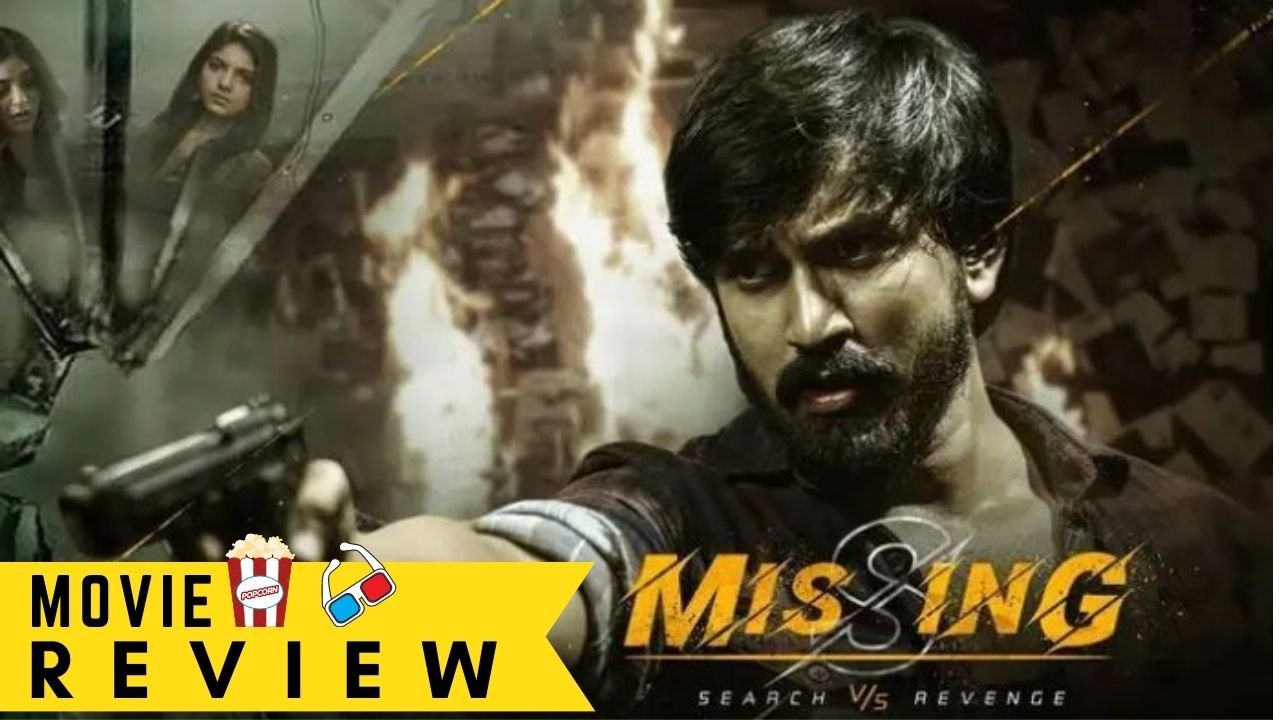 When his wife goes missing, a man decides to track down the four men he believes are responsible

Gautam(Harsha Narra) and Sruthi(Nikisha) are lovers who get married. One fine day, they meet with a deadly accident, and Gautam lands in the hospital. After recovering, he finds out that his wife, Shruthi is missing. He starts searching for her and comes to know that she has been kidnapped. The rest of the story is as to how Gautam fights against all odds and finds his wife.

Hero Harsha is very good in his key role. Though it is his debut film, he has done quite well and carried the emotions well throughout. Nikisha was also neat in her role and performed to the best of her capabilities. Ram Dutt as SP Tyagi was impressive along with Sekhar.
The story idea by Srini is pretty strong and has scope for good emotions and drama. The twists that are unleashed at the breakpoint are also impressive. BGM and camerawork of the film are one of the assets.

The film has a relatively new cast and this is one of the big drawbacks. If there would have been some seasoned actors in the film, the output would have been even more effective. Dull to the dull casting, the effect is compromised in a big way.
There are way too many twists and this can confuse you a bit. Director Srini has not much grip on the proceedings in the second half and if he would have made things emotionally strong, the film would have been better.

There are many twists in the film but they are not supported well by the BGM which is weak. The editing is fine and the production design is also good. Director Srini has good promise and that is showcased in his writing. As he is new, things went down a bit. But overall, his work is decent.

On the whole, Missing has an impressive plot and decent first half. The twists brought in are also good but the inexperienced star cast does not create much impact and take this film down making it just an okay watch this weekend with your family.

Halloween Kills 2021 Review: An Embarrassing Take On The Halloween Legacy