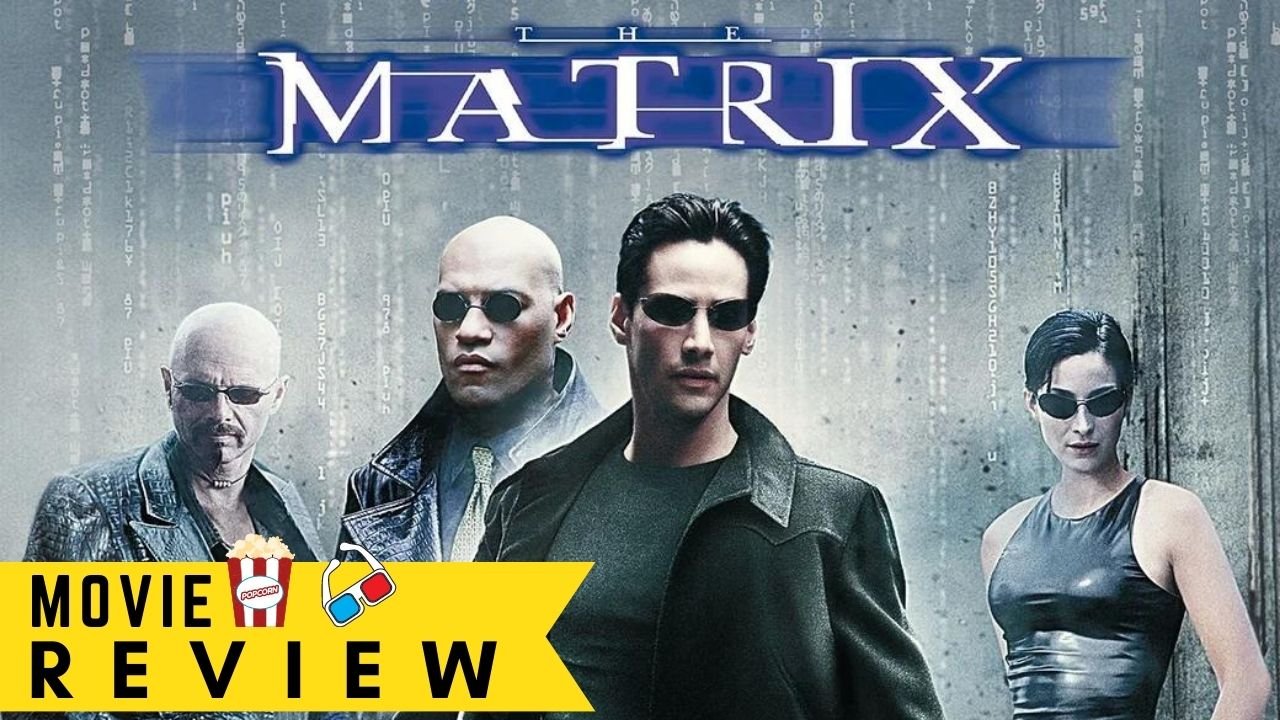 Matrix 1999 Movie Review: It Is Not The Spoon That Bends, It Is Only Yourself

When a beautiful stranger leads computer hacker Neo to a forbidding underworld, he discovers the shocking truth–the life he knows is the elaborate deception of an evil cyber-intelligence.

Note: It’s been 22 years since Matrix 1 was released. You may have questioned why I’m writing this review because the fourth The Matrix Resurrections releasing on Dec 22nd, 2021. I’m a big fan of Keanu Reeves and The Matrix series. So, I started re-watching Matrix Series. Okay, let’s dive into the Review

‘The Matrix’ may not be one of the very greatest examples of its genre (like ‘2001’, ‘Metropolis‘, ‘Blade Runner’, ‘Back to the Future, ‘Star Wars Original Trilogy‘, ‘Alien’ and ‘Aliens’), but that it is revolutionary in how its visuals and use of sound broke boundaries like had never been done before cannot be denied.

It is not a film to be seen if people want character depth or relationship depth, with the forced and underdeveloped love subplot between Neo and Trinity being ‘The Matrix’s sole weak spot. This ended up not being that huge a problem for me because everything else is so well executed.

Particularly striking about ‘The Matrix’ is its production values. Simply put, the film looks amazing in its audacious production design, dazzling special effects that are some of the most ultra-cool and imaginative to exist, super slick editing’s, and often jaw-dropping cinematography. So much more than a film with groundbreaking special effects and the use of camera work that broke boundaries.

The use of sound was also striking, and how the pulsating and hypnotic music score was used. Andy and Larry Wachowski direct adeptly, while the script is an intelligent mix of complex and well-explored themes, mysticism, philosophy, and even Lewis Carroll and the story is often invigorating and intensely taut with a smart concept brilliantly done.

Action is superbly shot and edited, and the way it is choreographed is relentlessly intense and breathless in its energy, Kung Fu has rarely been more vertigo-inducing (despite how this sounds, this is not a bad thing as it added hugely to the intensity and paranoia of the story’s atmosphere) on film.

Keanu Reeves is in one of his best and most iconic roles and has never looked cooler, certainly has not looked this comfortable for a while before then. Carrie Anne Moss is strong. Even better are an imposingly charismatic Laurence Fishburne (also in one of his best roles), an amusing Joe Pantoliano, and a deliciously wicked Hugo Weaving.

Summing up, not one of the best of the genre but a mile-stone nonetheless and a great one. Followed by two sequels, both nowhere near in the same ball-park.