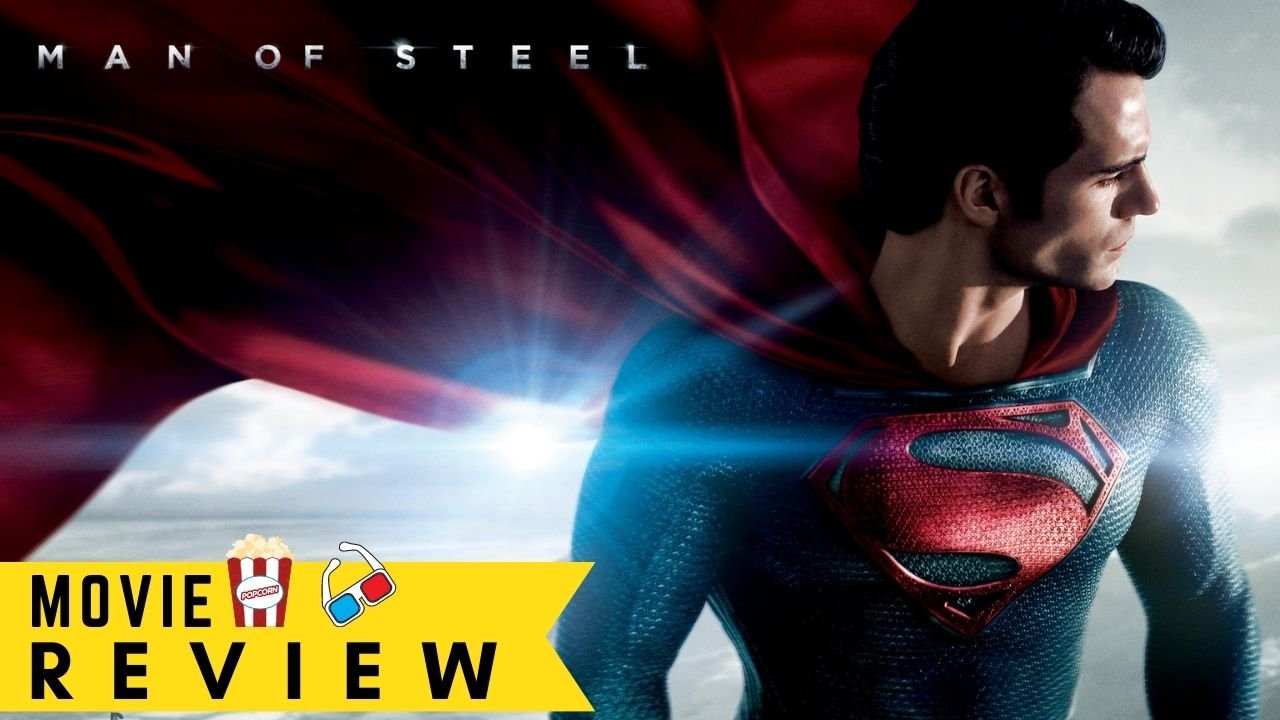 Clark learns about the source of his abilities and his real home when he enters a Kryptonian ship in the Artic. However, an old enemy follows him to Earth in search of a codex and brings destruction.

Based on the DC Comics character Superman, Man of Steel is a reboot of the film series. It features the character’s origin story when he was sent from an exploding Planet Krypton to Earth by his father, Jor-El; and how he stops General Zod from creating imminent destruction when he grows up to be Superman.

The movie starts with the introductory Krypton sequence. It’s some of the best material the movie has to offer as the special effects on the dying planet are visually impressive and the acting by Russell Crowe as Jor-El is simply outstanding as he is simply heroic and charismatic.

With Krypton nearing its end, he places his little boy into a spacecraft and sends him to Earth. Meanwhile, General Zod attempts a coup, fails and is sentenced to spend some time in The Phantom Zone for his troubles.

Then we meet Clark Kent. After saving some men on a doomed oil rig, Clark floats around in the water experiencing convenient flashbacks to his childhood living in Kansas with his parents.

Once these are done, he heads north and reaches the Fortress of Solitude, which is actually a spaceship buried under arctic ice.

In the spaceship, Clark meets an avatar of his dad and gets his costume. It’s around this time that Zod and his followers, freed from The Phantom Zone, reach Earth.

Then a Clark comes to a decision: Must Superman live anonymously or take a front seat as the planet’s defender?

The choice of Henry Cavill is good enough but it will never hold a candle to what Christopher Reeve brought to the screen many years ago. But nevertheless, he plays the part very well. As a supervillain, Michael Shannon does a good job overacting Zod. Unfortunately, Amy Adams is somewhat miscast as Lois Lane.

She simply does not feel right for the role due to her lack of chemistry with Cavill. Their relationship looks fake and unreal. The others are great like Laurence Fishburne as Perry White, although he has very little screen time.

But I think that what is the best feature of Superman is that none of the characters is stupid. Zod is brutal and, from our standpoint, probably insane, but he has layers of complexity that show him acting within reason. His fascist female sidekick is also believable as a villain.

The military, as outgunned as they are, don’t act like complete morons. Superman is not just acting cool, he is also capable of thought. I really enjoyed a film that doesn’t treat its audience like it’s too stupid to understand complex characters.

The Story by Nolan & The Screenplay by David S. Goyer, give Superman a new world altogether. His journey from Clark Kent to Superman is different this time, but luckily, the new vision of his legend is satisfactory. Zack Snyder’s Direction is stupendous.

He has handled the dramatic, as well as the action sequences, with dexterity. To envision such a film & then make it so good, is a rare achievement.

Cinematography, Editing, Art & Costume Design, are excellent. The score by Hans Zimmer, as expected, is top-class.

Man of Steel is a solid movie! The movie is as solid as the title. The acting and directing, and plot were flawless. The actors were unknown, but the Superman character was believable, while the Lois character was likable but feisty.

The directing was fast-paced but slow in spots, mostly flashbacks for character and plot development. There is a biblical-themed subplot: The Clark character living on the earth but not of it. One willing to sacrifice for mankind.

There are beings out there who hate and will destroy mankind. A strong story of understanding, sacrifice, and living by one’s beliefs.