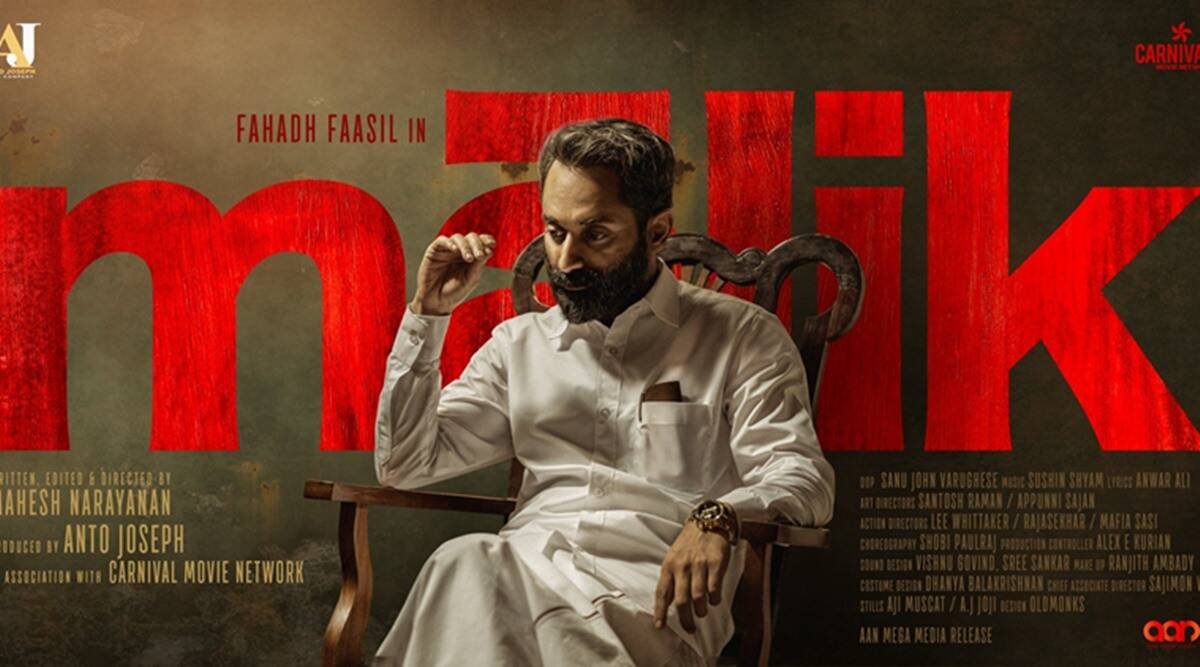 Mālik is a 2021 Indian politicalcrime thriller film directed, written and edited by Mahesh Narayanan. The film is produced by Anto Joseph under the banner of Anto Joseph Film Company.

Mahesh Narayanan’s Malik starring Fahadh Faasil as the protagonist, can be considered as one of the best Indian films that came out this year. The movie starts with a 12-minute single shot scene which is a cinematography textbook and a masterclass in unconventional and non-traditional filmmaking. The camera movement is so smooth and flexible despite having several types of angles and shots such as warping, panning, tracking, trucking, long, close, medium, dolly and random movements.

The director managed to keep a good pace throughout the film but at certain times the viewer may feel slight disconnections from what’s on the screen.

The performance of the entire cast is simply stunning except that of one or two actors who doesn’t have much importance.

The story is about Ahammadali Suleiman(Fahadh Faasil), a businessman and smuggler who has a certain amount of power in his area – Ramadapally. His area is the home for two religious communities. He ends up facing communalism created by politicians and police officers.

The story shows a total of four periods in a non-linear manner. Only the second, third and fourth periods have the screen presence of Fahadh. The second period shows his youth, the third – his middle age, the fourth shows him as an old person. The performance of Fahadh in second and third periods were good but his acting in the fourth period is the most appreciable. It was something which we have never seen before from Fahadh. The second and third were something usual from him. Overall, Fahadh is successful in transforming him into the character of Ahammadali Suleiman.

But still, the best performer in the film is Nimisha Sajayan and this should be considered as her career best performance.

The screenplay is well-written, especially the dialogues. The way of narration is non-linear and there occured a problem. Non-linearity here, is with the usage of flashbacks, the viewer may find a disconnection when watching the flashbacks and the present events. The entry to the first flashback is written in a cliche manner – narrated by a person to another, and from there the return to the present was written in a similar, unconvincing and dull manner.

Another negative – the Theerame song which was placed in the film was pretty good to hear but it was unnecessary. That song served three purposes – 1. Showcasing the romance and emotional attachment which occured between Roseline and Suleiman 2. Filling up or time lapsing 3. Some gratification to the viewer. Anyway, that song had a tonal, lyrical and vocal beauty. But when it is looked as a part of this film, I don’t like to appreciate because the writer-director Mahesh Narayanan should have focused on writing something instead of placing this song.

A factor which played a huge role in elevating the effect which the film can deliver is Sushin Shyam’s Background Score which was pulsating and exhilarating.

Overall, the film is definitely worth watching.