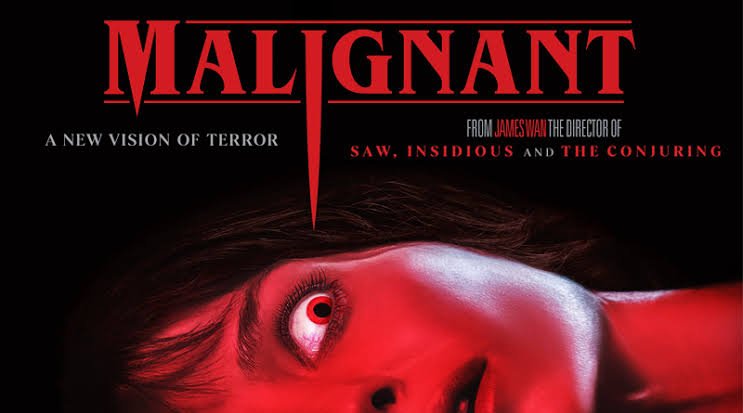 Malignant is a 2021 American supernatural horror film directed by James Wan from a screenplay by Akela Cooper, based on an original story by Wan, Ingrid Bisu, and Cooper. It stars Annabelle Wallis, Maddie Hasson, George Young, and Michole Briana White.

Madison, a young woman, is terrified by visions of the murders of strangers. Later, Madison decides to find and save the victims. 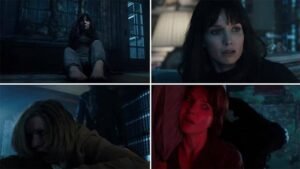 The picture beings with a terrific sequence at a psychiatric hospital in 1992.  The first 5 minutes of the film are good. Everything was perfect, the setting, the suspense, blood bath, killing, and the key points about the plots. James Wan is known for this. Because he is the master in crafting a suspense horror films like Insidious, Conjuring 1 and 2, and Death silence (one of my favorite suspense films).

When the first trailer dropped, I added this movie to my watch list at the theater.  Because for two reasons,  the first reason was, “It’s been a long time  I watched a horror film at the theater”,  even a few OTT horror films too disappointed me especially Conjuring 3 The devil Made Me To Do It. The Second reason, The film was directed by James Wan and also he is directing a horror film after 5 years.  Do you think James Wan succeed in his favorite Genre? Do you think the film is up to James Wan’s previous films? Let’s Dive in!!!

After the title end, The film starts to confuse us for the next 50 minutes. I felt at one point I watching “TENET”. Because the sequence doesn’t make any sense. You don’t understand what’s going on, but at one point you don’t care because of multiple genres. Sometimes feels it’s a horror movie but later it feels revenge, later thriller, later detective investigating thriller, and finally an action-horror movie.

I really scared in four or five moments in the entire film. It’s the weakest horror film by James Wan. Hollywood Critics think Dead Silence was the weakest film from James Wan but if you watch it again, mainly the 3rd Act, you won’t sleep for few days. The twist and the open ending were terrific and speechless.

Annabelle Wallis as Madison, Maddie Hasson as Sydney Lake, George Young as Detective Kekoa Shaw, and Michole Briana White as Detective Regina Moss, are done their parts well but are let down by thin characterization. They don’t have a single scene to shine.

The cinematography by Michael Burgess is good.  The camera movements are terrific.

Background Score by Joseph Bishara done good at the beginning but not impressive at the end.

James Wan forgets everything he knows about horror for this shocking, silly dud.