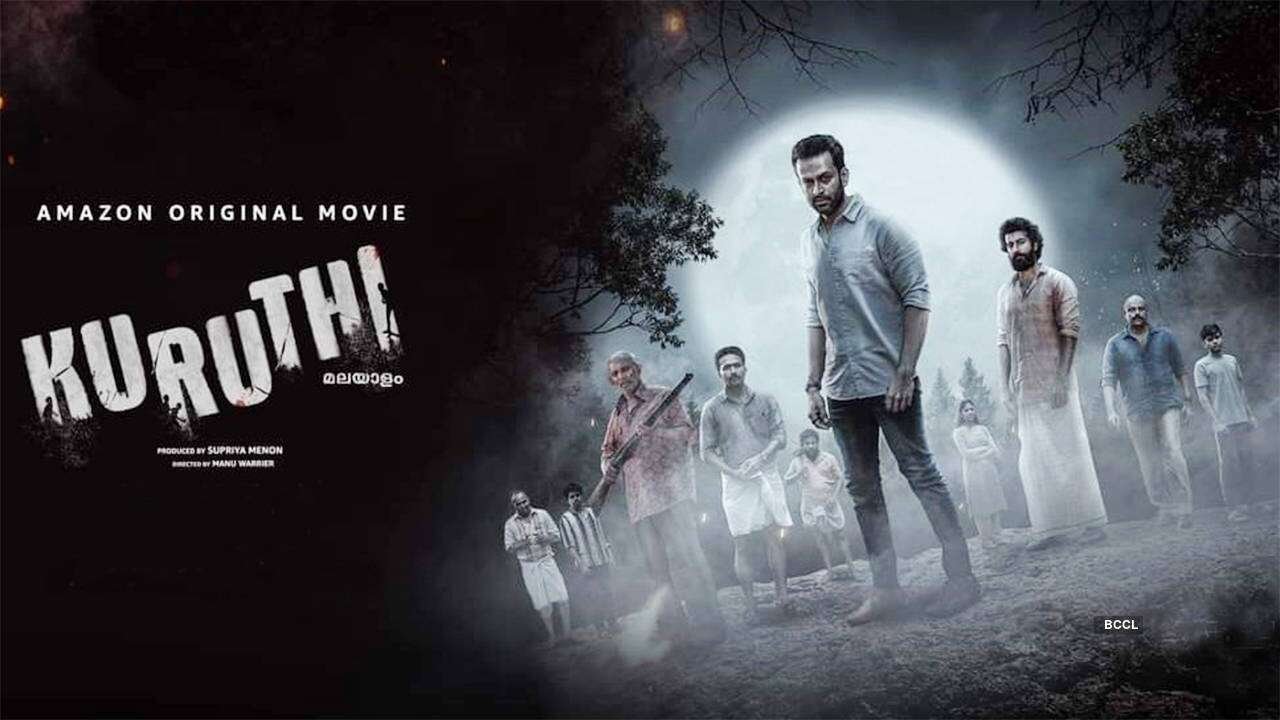 The film is about how enduring human relations that transcends boundaries struggle to survive trials of hatred and prejudice.

A pulsating thriller from start to finish, Kuruthi is a film that captures you in minutes, troubles you throughout, asks many an uncomfortable question over its runtime and leaves a lasting impression. Addressing the very common yet much less talked about (than necessary) issue of how religious overtures are transforming human behavior and relationships, the movie adopts a no holds barred approach, taking on all corners and laying out all sides in the open, as raw as could possibly be imagined. There is no subtlety, no taking sides and not a tinge of sympathy; and to pull off something like that you needed a top-notch set of actors and that’s what you have. A stellar cast where, apart from Roshan Mathew and Murali Gopi, and to some extent Shine Tom (who all are outstanding nevertheless); the characters, penned exquisitely and embodied with perfection, don’t conform to their stereotypes at all – as if any further display of boldness is necessary; although I did feel that the monstrosity of Prithviraj was a tad too overbearing in that small space (or maybe that it was meant to be like that?). As with any disease, we have the morbidly ill ones, the not so ill ones (but ill, nonetheless), the ones who are not ill (but could turn ill anytime) and the truly immune ones; and as the movie rolls on we discover what transpires when such a cluster is confined to a small space over a period of time (in this case, one night).

A small flame is quickly transformed into a full blown all consuming wildfire ( I was pleasantly reminded of “The hateful eight” while watching)!

Accolades to the writer – for someone doing his first film there are more than half a dozen lines that are going to ring and resonate in the viewer’s ears for years to come. The camera captures the lights (and the absence of it) beautifully and the background score augments the experience. Towards the last leg the movie does stretch a little unnecessarily and has some sequences – the ever present fight, fall, recover, fight, repeat sequences; the mass transformation of one character (I felt it was out of place though admittedly, it did look good) – that may have been included for the so called mass appeal that arguably descends it from the greatness it had touched moments ago; but the ending (much like the interval scene) is perfect.

Despite these minor blemishes; Kuruthi deserves to be applauded for the brave and unpretentious portrayal of an extremely sensitive subject and would remain one of the more daring and powerful films of recent times.

Kuruthi Is A Product Of The Highly Polarising Times That We Lived In, Devoid Of Any Shred Of Subtlety In Its Intention And Narrative Ambition

How To Earn 50k Per Month 2022: Top Ways To Make Passive Income From Home