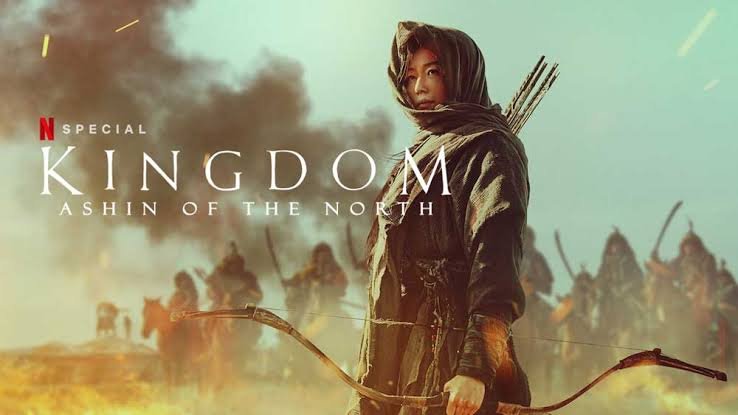 This movie is a spinoff from the TV series Kingdom is a prequel. It tells the story of the mysterious girl Ashin who appeared at the end of the last episode of Season 2. This movie explains how the zombies came about to besieged the Kingdom from the TV series.

The premise of the plot evolved around the lords and warriors from 3 tribal factions who got entangled with mass-murder, deceit and revenge. Some plot twists which led to the misuse of a plant that can revive the dead.

This movie has commendable cinematography and good production value. The story is also well paced. My issue with the movie is the casting of most male lead actors and First Half of The Movie. They all have sharp chiselled features in their same age and looked quite similar to each other. This gets extremely confusing to follow and identify which warrior is which as the story unfolds. Granted some has moustache, but it didn’t help with the movie mostly taking place at night complete with quick edits during fight scenes.

The female lead is a Korean A-list star who took on the vengeful role with much charisma and carried the movie fearlessly with her largely deadpan looks. In short, she did a pretty good job despite of the limited expressions demanded of her.

I have Few Questions about The Plant:

This is from my understanding from rewatching Kingdom so many times.

Ashin: The deer ate the flower and becomes a zombie. The tiger consumed the meat of the deer and it turn into an undead. The tiger bit the men but the men only bled and die.

Kingdom: The king turned into the undead by the flower and bit a servant but those servant died from the bite. The traitor, figurehead of the Cho was bitten by Lord An Hyun and instead of being turned into an undead, he was about to die but was saved by being dunk into the water to get rid of the worms. So this first class victims do not become zombies if they bitten by someone who was turned by the flower.

The second class zombies are the ones who feasted upon the meat of the first class victims. They will be infected and turn into the undead.

The third class zombies are what I refer to the ones that are bitten by the second class zombies. They turn into the undead almost immediately from a single bite for some reason. This create the quickest spread and a higher death count.

I believe they will explain this more later in the newer season 3 of Kingdom.

So with what I observed, I am not sure about the tiger. If we go by the same logic, the tiger would have died since it ate the deer which turned into the undead after eating the flower. The tiger should be a first class victims. But I guess this works differently for animals. Maybe it acts like rabies or some sort of different parasite on animals thus any bite or contact will turn animals into an undead.

I dont think it could infect humans though because those human seems to die of fatal wounds. If they turn into undead and left stranded in the forests, it would have reached the people one way or another. No one knew of this phenomenon until it started spreading from that cannibalism events. Every one thought it was just some contagious disease. This is why I think animals can’t transfer it to humans. But I might be wrong.

I believe humans are the most suitable host for that worm for some reason. It seems to thrive in human after cannibalism. I wonder if a tiger ate that undead tiger, it would lead to something disastrous.

I am not sure what will happen if the humans consumed undead animals and if they could die or just turn into the undead. There are so many possibilities.

Verdict: If you’re a completeist and Kingdom fan, you’ll want to watch to say you have. Otherwise, you can skip it and get caught up later.

Enna Solla Pogirai Movie Review: Triangular Love Story is Intolerable and after Intermission, the Characters are Just Talking without any Clues.