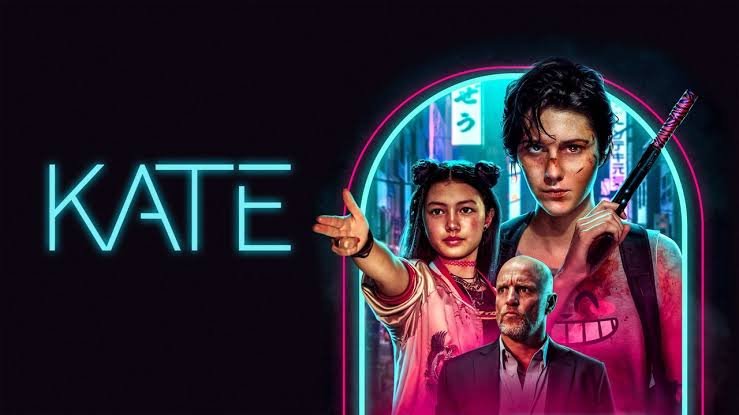 Kate (Winstead), an assassin, whose mentor and handler (Harrelson) assigns her to kill a high-ranking yakuza boss. During Kate’s final mission, she finds out that she has been poisoned and only has 24 hours to live, so she uses her last hours to get revenge and find out who set her up.

After watching Elementary Season 1 – Season 4 continously, I felt I need a break before watching Season 5. So, I selected three films, 1. Kate, 2. The Card Counter, and 3. The Collini Case 2019.

There plenty of films based on female assassin. Each films have same core plot – at Young age they have been separated from their parents, raised by a man or organization and at last they go rouge for revenge for their beloved one. We have watched recently these type of movies, example The Protégé and Ava (2020).

Kate was left orphaned by child, Varrick raised her as a father figure, giving her extensive training in weapons and combat and eventually inducting her into his private team of wetwork specialists. Later she decided to start a new life by doing one last job. Before finishing off the target, she felt something wrong on her. Kate realize somebody poisoned her,and after crashing her car, wakes up in a hospital to learn that she has acute radiation poisoning caused by Polonium-204 and only twenty-four hours to live. She steals injectable stimulant drugs and a gun and sets out to exact revenge on whoever poisoned her.

At the middle of the film, I started noticing or comparing this film with “24 Hours To Live” movie. Both movies have same elements like betrayed by own family members, to save the person who they ment to kill, and Second bad guy. But I liked 24 Hours To Live because it has so much Thrills and suspense till end. But coming to Kate, was style over substance. Gorgeous visuals and few well choreographed fight sequence.

The main problem in Kate was one dimensional storytelling without any emotion weight. I never cared about Mary Elizabeth Winstead as Kate, even when she was dying because her emotional depth was not showed properly.

On the other hand, Woody Harrelson as Varrick, I don’t know, how he accepted this role because everyone know his acting caliber, best example True Detective ( My Favorite TV Show after The Wire ). He dosen’t have enough screen presence in the film except in the last act.

The rest of the cast was okay in their role because no one gets more than 10 minutes of screen time.

“Kate is John Wick meets Die Hard meets Collateral meets Kill Bill all the Volumes and we’ve seen it all before and you’re not going to get much in the way of original plot, but what you WILL get is a grindhouse of a good time with some bleak and wickedly sharp humor, screen-popping visuals and some pretty great fight choreography.”