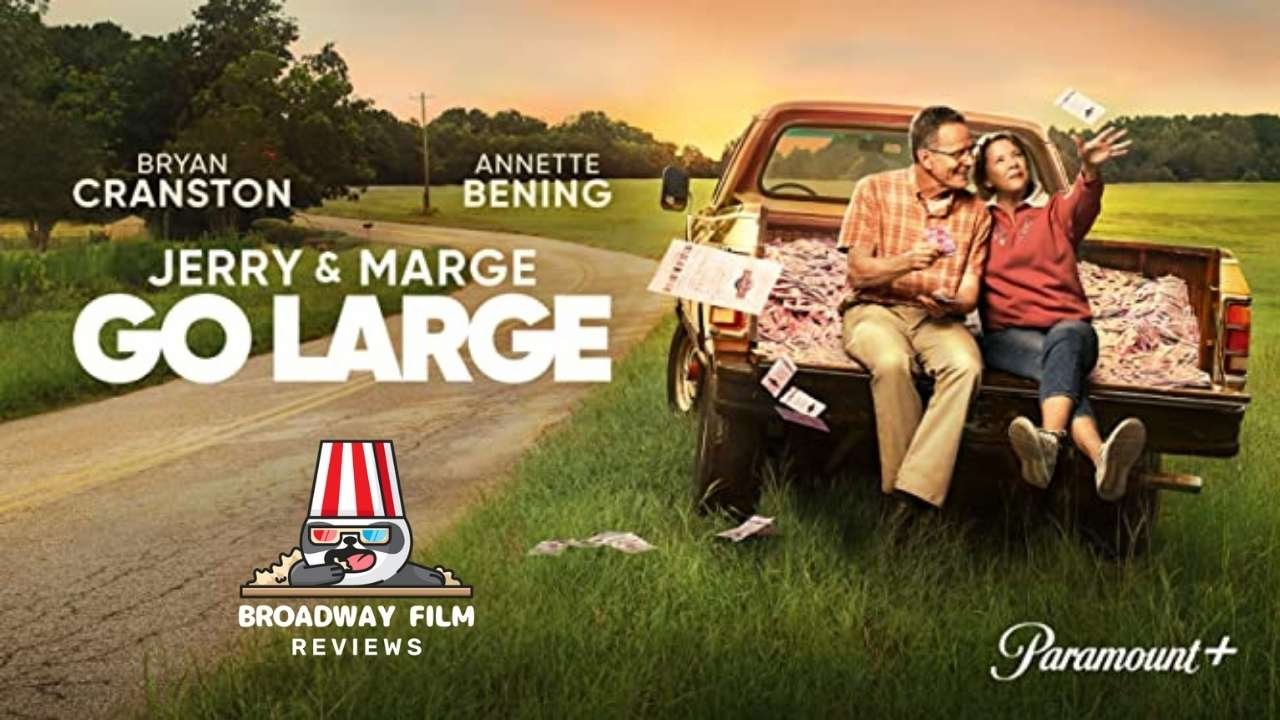 This film is based on Jason Fagone’s 2018 HuffPost article of the same name.

Married couple Jerry and Marge Selbee live in Evart, Michigan. Jerry retires after working forty-two years as a production line manager. One day, Jerry figures out a loophole to repeatedly win the WinFall lottery in Michigan, and then in Massachusetts.

By purchasing a substantial amount, he wins more than he started with. Jerry and Marge decide to use the prize money to revitalize Evart.

There aren’t many ‘feel-good movies out there these days. Everything is drama, horror, or action with ridiculous amounts of CGI. Not many movies are made with good plots interesting characters and something that leaves you smiling.

“Jerry & Marge Go Large” is a film based on a true story. However, since I couldn’t find a ton about the real-life Jerry and Marge Selbee, I have no idea how closely it sticks to the facts. What isn’t in dispute is that Jerry was an ordinary sort of guy who has just retired.

However, he has a real way with mathematics and statistics, and one day he reads a flier about the state lottery. He notices a flaw in the state’s math and realizes you can play a certain lottery game and statistically always come out ahead. Unfortunately, his state’s game soon changes.

But it is the same old game in Massachusetts. So, he and Marge begin trekking back and forth there from Michigan, and they keep winning. Apparently, the Selbees weren’t 100% greedy and what they were doing was legal.

So, they cut their entire small town in on their scheme. Soon they were making millions. What’s next? See the film.

I even think the husband was probably Autistic as it hinted at his obsession and fascination with numbers to the point he often couldn’t see beyond the constant calculations in his head as well as his struggle with socializing with others.

The acting was good, the emotional scenes were well done and it made you fall in love with the idea of community and family in a modern world during a time that our society is currently breaking in shambles, unable to see the good in one another anymore.

We’ve forgotten what it’s like to live entirely with selflessness. That’s the heart of this movie. It reminds us of a time when people seemed more caring and giving.

While the budget is relatively small and the film clearly is not meant as a huge cinematic release, the story works well for two reasons.

The writing and acting work well and most importantly, it gets you to like the Selbees and their friends. You find yourself actually caring about them, something which is rare in movies.

If you are tired of all the crap that’s being put out by Hollywood and waiting for a good old-fashioned movie with a wonderful story this is for you. These Days There are Not Enough Films like This.