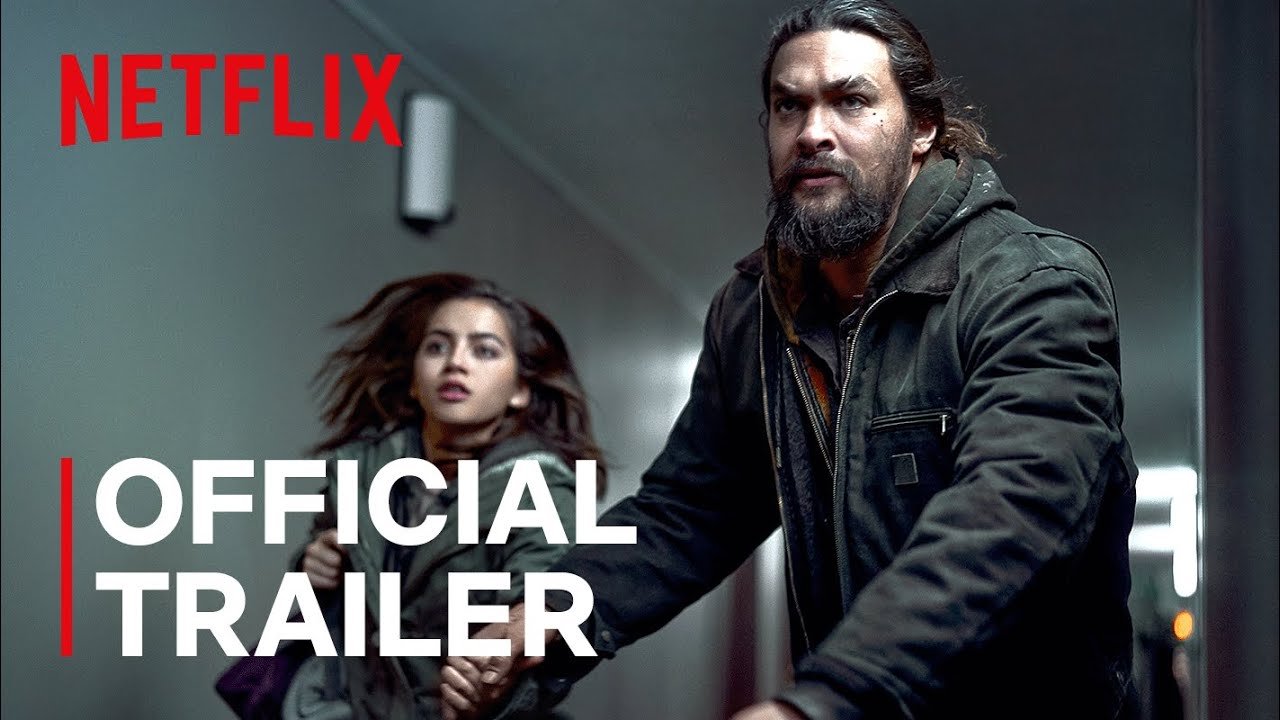 A devastated husband (Jason Momoa) vows to bring justice to the people responsible for his wife’s death while protecting the only family he has left, his daughter (Isabela Merced).

Taking a straight thriller set-up and injecting it with warnings about the evils of Big Pharma is nothing new — genre elements sweetening the bitter pill of polemics against medical business practices that leave lives in tatters.

But where, say, The Fugitive perfectly balanced its pulse-pounding set-pieces with the uncovering of a corporate conspiracy, Netflix’s Sweet Girl feels like an off-brand alternative that’s no way near as effective.

Here, the drug is Spero, a cancer medicine nearing approval which could save the life of patient Amanda (Adria Arjona) — before being pulled from the market thanks to some dodgy backroom dealings.

In the wake of her subsequent death, husband Ray (Jason Momoa) and daughter Rachel (Isabela Merced) power through their grief in the gym and try to get to the heart of why the medicine was never made available — uncovering behind-the-scenes corruption that leaves them on the run from hit men, wealthy corporations, and the law.

A fitfully exciting action thriller trapped in the body of a preachy, po-faced tale of pharmaceutical paranoia.

The more earnestly the film tackles its central subject, the sillier it feels — its depiction of a world of sanctimonious speeches and hollow applause becomes cartoonish, but never with the kind of satirical edge that would bring it all to life.

Chuck in sluggish pacing and an eye-roll-worthy final act development, and this one was probably better off not making it to market.