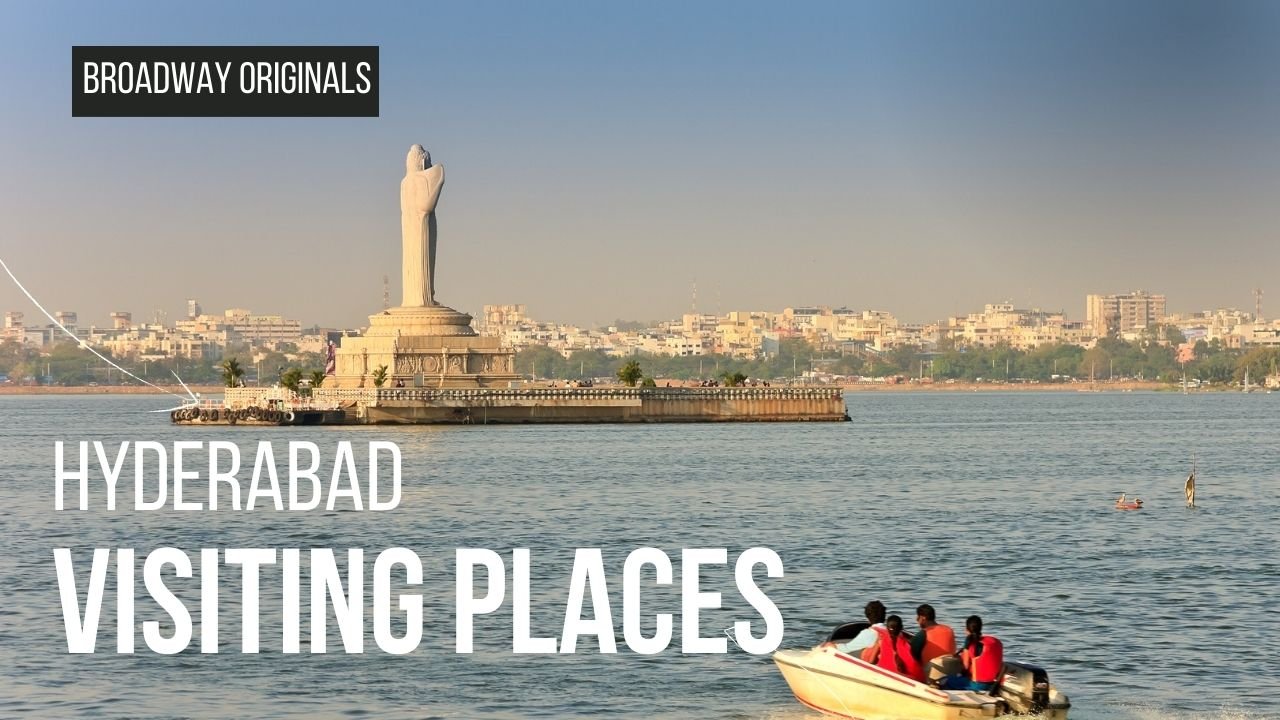 The city of Hyderabad depicts an interesting confluence of the traditional and the modern, the past and the present. So, don’t feel betrayed by these inventions, synonymous of modernity as alongside the metropolis Hyderabad, also exists the Old City with an altogether unique charm of its own.

Hyderabad can be divided into the historic city established by Muhammad Quli Qutb Shah on the southern side of the Musi River that forms the Old City, while the New City encompasses the urbanized area on the northern banks.

The Old City is composed of a maze of disorienting alleyways that expand outward from the Charminar. Most of the historical attractions are situated in the old city.

There are many tourism places to visit in Hyderabad, from families, young group of friends, children to senior citizens, everyone will find something of their interest in Hyderabad.

The capital city of Telangana, Hyderabad is a popular tourist destination and presents its visitors with a mesmerizing contrast of age old traditions, culture at one end and modern facilities, amenities of a metropolitan city at the other end. Hyderabad is one city, which has no dearth of tourist attractions.

The very well known Charminar of Hyderabad is located at the Old City. This square shaped structure with a height of 56 m and breadth of 30 m was constructed in 1591. It was built by Sultan Mohammed Quli Qutb Shah in the honor of his wife Bhagmati.

Also referred as the ‘Arc de Triomphe of the East’, Charminar is adorned with four towers in each corner. The minarets on each side, is of 48.7 m height, each with four stores. Charminar has a small mosque as well on the top floor. There are 45 prayer spaces which are still visited by people, particularly on Fridays. Lighting in the evening is quite glamorous and makes for a worth watching site.

Just 11 km away from the city, the architectural marvel Golconda Fort is well connected to the rest of the city. Built by Qutub Shahi Kings, this fort presents an impressive structure, with eight gates and 87 bastions.

Its impressive structure has majestic walls which are as high as 15 to 18 foot and a parameter of close to 11 km. Along with brilliant architecture, this fort also captivates its visitors with its system of acoustics, its water supply system, ‘Rahban’ cannon and Ramdas’ prison which has carved Hindu deity in it.

The light and the sound show in English, Hindi and Telugu language with the voice over by the Bollywood superstar Amitabh Bachchan is something one must not miss when visiting the Fort. Please note that Camera Tripods are not allowed inside.

Since 1991, Ramoji Film City has been alluring tourists from every corner of the country. One of the largest film studios in the world it has the capacity to house almost 50 film units within a given point of time.

It is also listed in Guinness Book of World Records as well. Spread over 2500 acres, it is situated about 30 km away from Hyderabad. Its brilliant architecture and sound technical facilities make it suitable for all the pre and post production of a film.

Connecting the twin cities, Hussain Sagar Lake boasts of being the largest artificial lake in Asia. On the tributary of Musi River, it was excavated during Ibrahim Quli Qutub Shah’s reign, in 1562 AD. It has got its name after Hussain Shah Wali.

The main attraction is 16 m high white granite statue of Lord Bhudda with a weight of 350 tonnes, situated at the middle of the lake. The lighting show here is worth watching.

One can take a ferry ride to the statue, which takes and brings back visitors at regular intervals. One can indulge in various recreational activities which are offered here such as boating with the choice of speed boats as well as motor boats, water-skiing, parasailing and cruising. The 48 seater launch offering dinner to its guests is a perfect place for private parties.

Located atop 280-foot-high hillock of Kalapahad, the beautiful Birla Mandir has derived its name from the industrialist Birlas who have constructed Birla temples in various parts of the country.

Constructed in 1976, it is said it took close to 2000 tonnes of white marbles to build this stunning temple which was brought from Rajasthan. It has drawn its architecture from the amalgamation of three known architectural designs – South Indian Architecture, Utkal temple Architecture and Rajasthani Architecture.

The temple has 11 ft. tall statue of Lord Lakshmi Narayana with a magnificent lotus carved around it. It also has separate shrines for deities such as Venkateswara, ‘Padmavati‘ and ‘Andal‘ as well. The complex also houses a separate temple of Lord Buddha.

Also Read Article: Nearest Waterfalls In Hyderabad You Need To Visit Once

The party zone here is perfect for all kinds of family functions. It also houses an amphitheatre and the Aesthetic Vedhika.

Chowmahalla Palace, with literal meaning of ‘four palaces’ in Urdu language was built in the 18th century. It was during the reign of fifth Nizam, Afzar-ud-Daulah, Asaf Jav V, from 1857 to 1869, that the palace was completed.

Initially spread across an area of 45 acres, the palace now covers 12 acres of land. The palace has two courtyards – the northern courtyard and the southern courtyard.

The southern courtyard has four palaces which are Afzal Mahal, Tahniyat Mahal, Mahtab Mahal, and Aftab Mahal. Out of these, Aftab Mahal is the biggest of all, with two storeys.

Khilwat Mubarak, the heart of the palace, Clock Tower, Council Hall and Roshan Bungalow are other worth visiting sections of it. It has been opened for public viewing since 2005.

Developed in 1994 by the Hyderabad Urban Development Authority, Lumbini Park has been named after birthplace of Lord Buddha. Located quite close to the Hussain Sagar Lake, it is one of the popular tourist spots of Hyderabad.

The giant clock designed with varied kinds of captivating flowering plants, which you see at the entrance is one of the prime attractions of the park. The musical fountain and the laser show here mustn’t be missed. Another key feature of Lumbini Park is its rich flora. It is open from 9 am to 9 pm on every day of the week, except on Mondays.

Consisted of the tombs of 7 Qutub Shahi rulers, these are known to be one of the oldest heritage sites of Hyderabad. Qutub Shahi Tombs are located only at a distance of 850 m from the Banjara Darwaza of Golconda Fort.

Presenting a combination of Persian and Indian architecture, these tombs were built by the Qutub Shahis. Later in 19th century, these were renovated by Salar Jung III, Mir Yousuf Ali Khan.

Constructed with grey granite, these quadrangular structure with dome shape roofs are ornamented with beautiful designs. The garden ‘Ibrahim Bagh’ which surrounds the tombs is popular as picnic spots. These tombs are now also used a venue for Deccan festival by the state Government.

Inaugurated by the late Sri N.T. Rama Rao in 198, dome shaped Birla Planetarium is situated in the heart of the city, at Naubat Pahad.

Developed with the technical help from Japan, planetarium offers four sections, each offering a unique opportunity to explore the unknown. Interactive science centre, Window on Science, Archaeology Center and the Nirmala Birla Art Gallery and Dinosaurian are the four section of the planetarium.

Sky show, which is conducted every day, is one of its most attractive features. The Section ‘Window on Science’ is another popular feature. It is open every day, except the last Thursday of every month.

Best Places To Visit While In Lambasingi

Places To Visit While In Srisailam