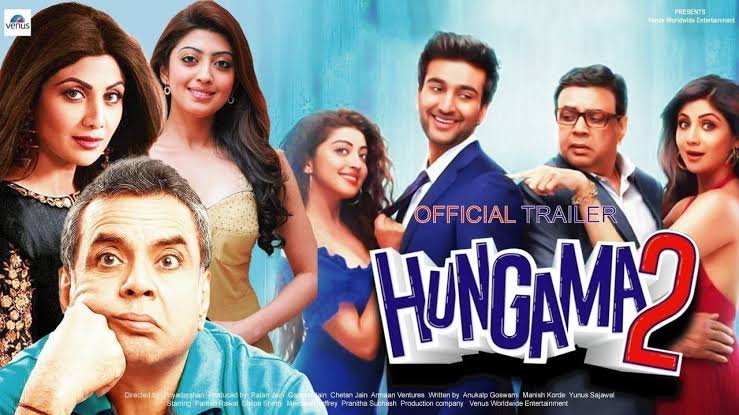 Seriously, is this a Priyadarshan film? I am not ready to believe he can make such a boring and bad film. On top of that it is 2H 36MIN long! At no point does this film feel like it pressed the accelerator on the humor.

Paresh Rawal is the only saving grace in this film he is the only one who brought in some laughs. Rajpal Yadav and especially Johnny Lever are wasted man these two dudes were the powerhouse of Priyadarshan films but sadly they seem to be fading away. Ashutosh Rana too is such a pain to watch.

Now coming to the main lead. Meezan Jaffry is not made for comedy films and dude he simply increases the bore factor with his stale expressions and no humor dialogues. Shilpa Shetty ! Dude who casts this lady who cant act. She should quit acting. The kids in this film are okay only there to make the film look sweet and family friendly. Pranitha is decent.

I had high hopes from this film being a Priyadarshan film that too a remake of his own Malayalam film but sadly it has a few laughs here and there and loads yawn fest moments that by the time you reach the climax (if you even can..) you are completely disinterested in the film.

Hands down the worst film from Priyadarshan!

Priyadarshan looses His charm, looks like forgot how he used to make comedy movies.