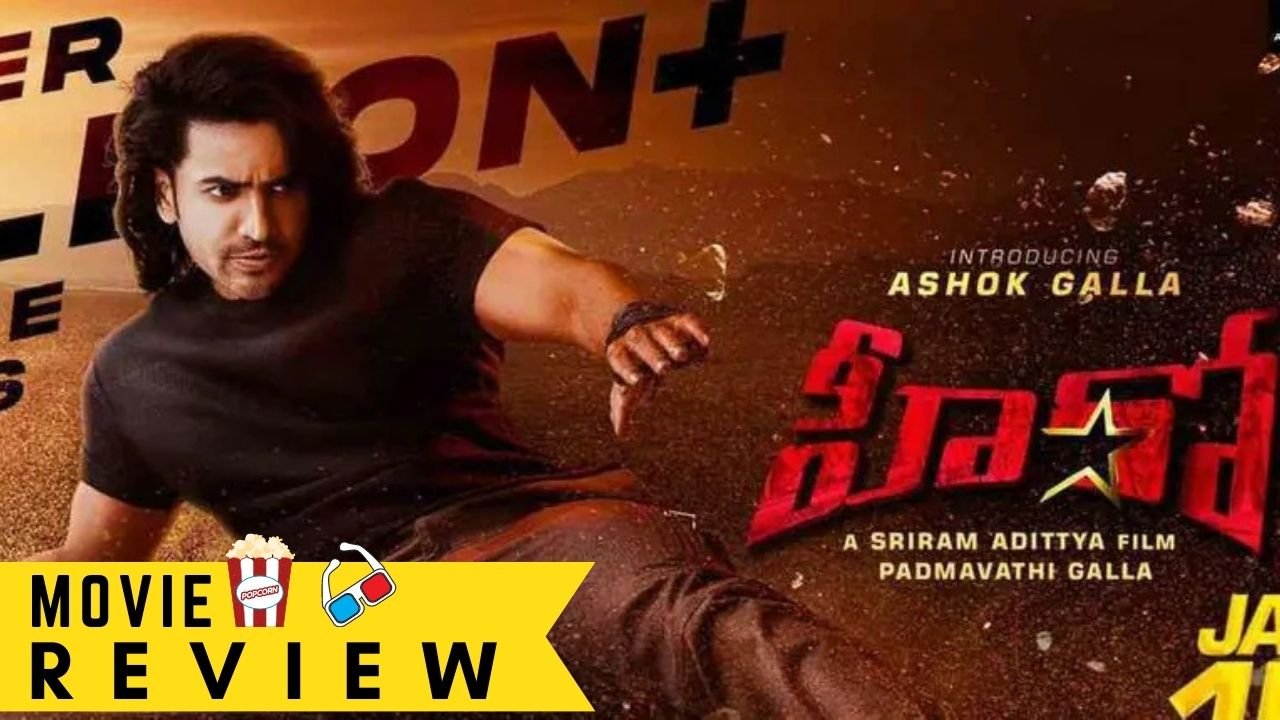 Arjun (Ashok Galla) is a struggling actor who is in love with Subbu (Nidhi Agerwal). One fine day, Arjun receives a parcel from Mumbai and it has details of a contract to kill Subbu’s father (Jagapathi Babu). What will Arjun do now? What is the underworld’s connection with Subbu’s father? How did Arjun save him? That forms the rest of the story

The subject of the film is quite interesting as it has multiple genres in it. While the first half is thrilling, the second half is filled with decent comedy. Director Sriram Aditya’s screenplay is quite special as he showcases simple scenes with interesting narration.

Ashok Galla makes a decent debut and plays his role perfectly. He does not go overboard and is in sync with the story and conflict of the film. His dialogue delivery, dances, and fights are good. If he works on stiff body language, he will surely go a long way in his career. The manner in which Ashok dances to superstar Krishna’s songs is also nice.

Jagapathi Babu gets a very interesting role and does full justice to it throughout the film. Especially in the second half, his comic timing was good. Brahmaji as the spoof action hero is quite funny and evokes good laughs. Vennela Kishore, Naresh, and other supporting cast do well in their roles. Comedian Satya is very good and evokes solid laughs.

Last but not the least, Nidhi Agerwal looks gorgeous and is a glamor treat for the audience. His chemistry with Ashok Galla is also fine.

The interval bang and all the scenes as to how the hero handles the missing gun are designed well. The film is also ended on a fun note which looks good.

The first half of the film is ended on a very thrilling note and the suspense is quite good. The audience starts watching the second half to know what’s the back story to Jagapathi Babu’s character.

But the manner in which it is justified looks silly and a bit over the top.

This angle will have two different dimensions. A section will find its way too silly and get disinterested right away. But the rest can like it and enjoy the comedy that is showcased later.

Also, once this twist is revealed, the logic goes for a toss as the director only focuses on entertainment and ends the climax on a rushed note.

The music of the film is quite good as all the songs are shot well and do not disturb the flow one bit. But Ghibran’s music is the best and elevates the film. Dialogues are fun and those written for Satya, Brahmaji, and Vennela Kishore are hilarious.

The editing is decent as the film looks racy. The camerawork, production design, and production values are quite good.

Coming to the director Sriram Aditya, he has done a good job with the film. He has showcased Ashok Galla superbly and does not make him overact in any area whatsoever. He mixes neat thrills with comedy in the second half through a gripping screenplay and adds fun elements to the narrative.

On the whole, HERO is a fun thriller that has some decent comedy and engaging thrills in the first half. Ashok Galla makes an impressive debut and the songs are good. The film has a major twist that looks silly when it’s revealed. If you ignore this aspect, HERO has enough masala moments to savior this Sankranti and ends as a neat time pass watch.