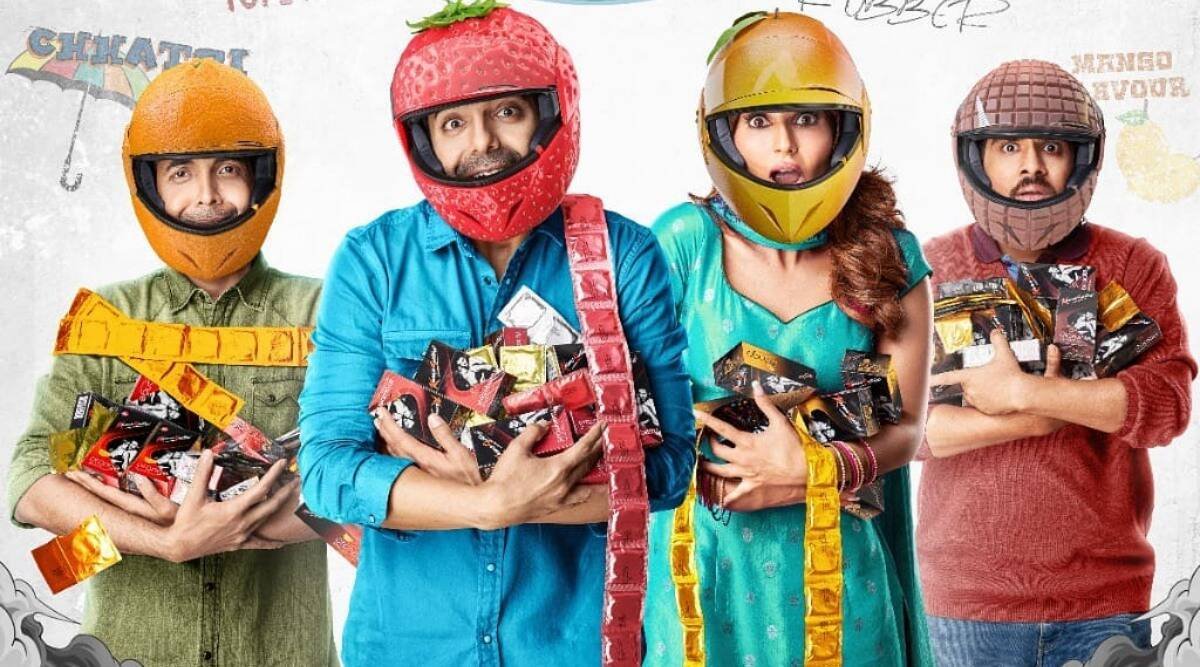 Where To Watch: Zee5

Set in the small town of Kanpur, ‘Helmet’ revolves around the story of Lucky (Aparshakti Khurana), a wedding performer who dreams of opening his own wedding band and marrying his crush, Rupali (Pranutan Bahl), a flower decorator at weddings. But they can’t be together because Rupali comes from an affluent family and Lucky struggles to make ends meet. Desperate to make some quick money to fulfill his desires, Lucky conspires with his friends-Sultan (Abhishek Banerjee) and Minus (Ashish Verma)-to rob the goods truck of an e-commerce portal. But to their surprise, the looted boxes contain condoms instead of electronic gadgets. What will Lucky’s next move be?

Even today, majority of people in India are hesitant to buy Condoms from stores, and others are embarrassed to even utter the word.

But is it possible to make a film around this subject? Turns out, it is. Helmed by Satram Ramani, this satire openly discusses the use of ‘NIRODH’ (contraceptives) and the social and psychological challenges that come with it.

The first 4 minutes of the film was too good. NGO team tries to make awareness about population and benefits of using condoms by doing surveys, but peoples from middle class beats them and throw them out.

Then the plot swift to Lucky (Aparshakti Khurana), a wedding performer who dreams of opening his own wedding band and marrying his crush, Rupali (Pranutan Bahl), a flower decorator at weddings. But his dream shattered when Rupali’s father disapprove and also he make sure that Luck won’t get a loan to start his band.

Later Lucky decides to rob a goods truck of an e-commerce portal with his two friends Sultan (Abhishek Banerjee, needed money to repay his debt) and Minus (Ashish Verma) But to their surprise, the looted boxes contain condoms instead of electronic gadgets.

Later they decided to sell the condoms for half price. Luck and Sultan uses Helmet to cover their face for their identity and also customers privacy. Bussiness takes heat. Rupali too join with Luck. If there is good and there are bad too. Police are looking for the robbers. What happened to Lucky, Rupali, Sultan, and Minus? You should watch the film at Zee5.

After a string of supporting roles, Aparshakti Khurrana impresses in this solo leading act. His comic timing is top-notch and can be considered as one of the veritable highlights of the film.

The production values are good. Coming to writer director Satram Ramani did a outstanding job. There is no unwanted scenes or lags. The emotional scene should have done better. Cinematography by Milind Jog was good.

The Movie Perfectly Delivers The Social Message With A Good Dose Of Humor!!!

Warriors of Future (2022) Movie Review: There are a lot better movies from China and this is not one of them.