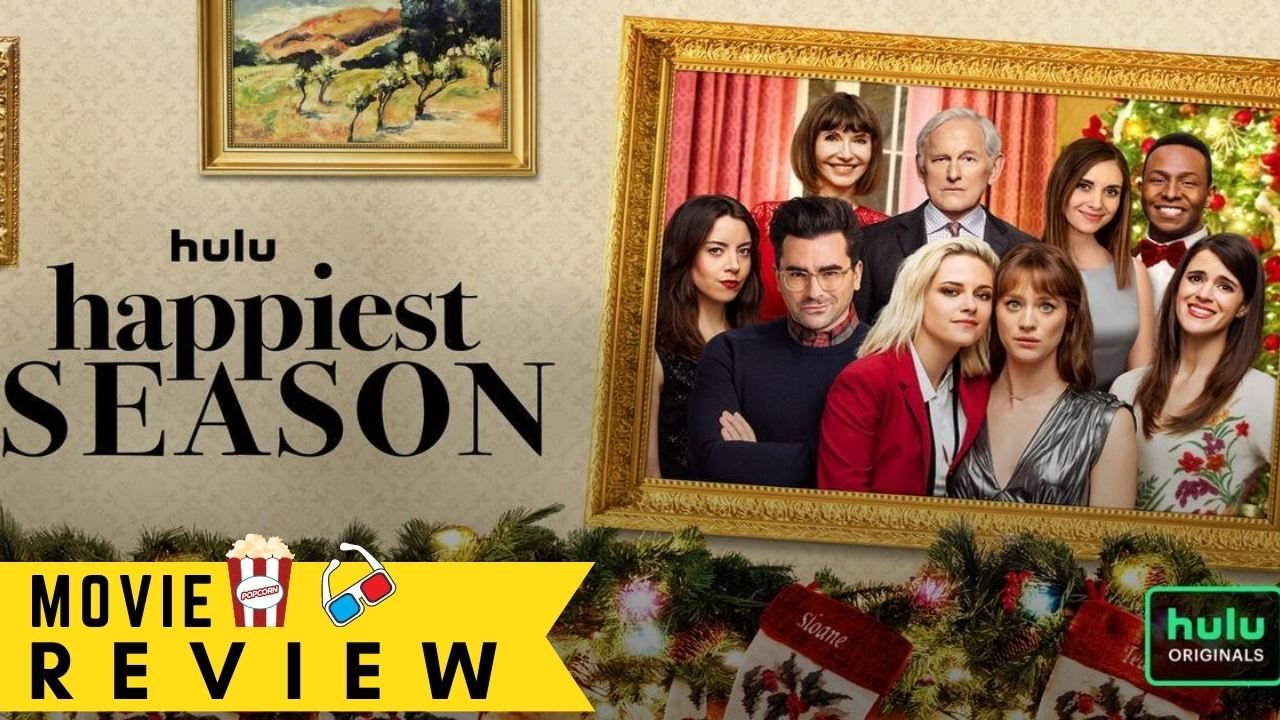 A holiday romantic comedy that captures the range of emotions tied to wanting your family’s acceptance, being true to yourself, and trying not to ruin Christmas.

‘Happiest season‘ is unrepentantly cheesy and awkward, then even more cheesy. Themes of embracing imperfection, and especially of being true to oneself, are laid so bare it’s almost a bit heavy-handed. The thrust of the narrative is no great surprise in any sense. But I think anyone watching this knows exactly what they’re in for from the start, so one should have no qualms about just relaxing and enjoying the show.

The entire cast is super. But above all, Stewart and Davis are both swell actresses and have wonderful chemistry on screen, making every obstacle between Abby and Harper heart-breaking to watch, and the happy moments culminating in the resolution all the more giddy. Daniel Levy is a joy as John, Abby’s gay friend who provides welcome comic relief while also dispensing kernels of wisdom.

And Aubrey Plaza, with her intense, entrancing gaze, is such a pleasure to watch in her role as Riley, her character both adding to the tension of the narrative conflict while also giving put-upon Abby some additional support.

As is to be expected with romantic comedies, and holiday films, there’s a balance struck in the screenplay between madcap comedy and stressful interpersonal conflicts. The engaged audience laughs, cheers, gasps, and feels keenly every emotion, good and ill, that the characters project. These individuals are all very easy to relate to, to one degree or another, with the challenges they have to overcome in the story.

The themes of the movie, to say nothing of the scenario presented, are all too familiar to anyone who has had to hide a part of themselves away, and most especially to anyone of the LGBTQ community. Clea DuVall herself has said that ‘Happiest season’ is a reflection of her own experience coming out to her family.

That the narrative here is so very real may stir unwelcome memories for some, yet also makes it even more endearing. The queer representation here is 100% central to the film, and it’s very welcome.

There’s not a lot more to say without broaching spoiler territory. The narrative is uncomplicated and generally familiar, but the details make it highly enjoyable and help it to stand out. One doesn’t need to be a specific fan of Christmas movies or LGBTQ+ films to enjoy ‘Happiest season’.

Heart-Warming, Hysterical, and Groundbreaking holiday flick is an instant classic thanks to a standout performance from Mary Holland and its themes of acceptance.