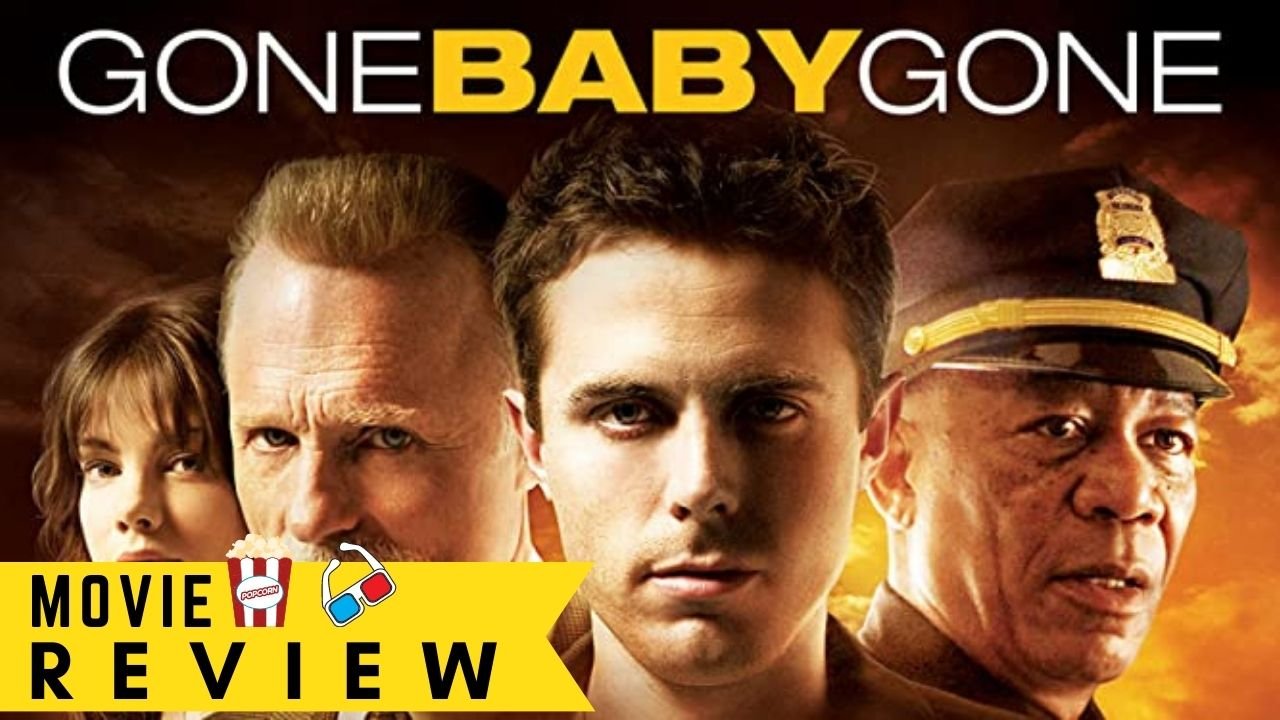 When four-year-old Amanda goes missing, her aunt Beatrice hires detectives Angie and Patrick to trace her. However, the duo encounter pedophiles, gangs, and drug deals during their search operations.

When a young girl goes missing from a rough Boston neighborhood, the relatives of the less-than-sympathetic mother turn to private detective Patrick Kenzie who they hope can help with his local knowledge.

Kenzie instantly does two things one being rubbing the police the wrong way with his involvement, the other being proving his worth by exposing lies the police have been told by key people.

However, with the clock ticking, time is running out and the odds dwindling for finding the child alive.

As many others have said, Gone Baby Gone understandably took its time to get to the UK given the thematic connection with the real-life child disappearance that dominated the headlines for many months, not to mention the likeness that the two white, blonde girls share.

Going into it I thought that it would be a very bleak look at child abduction or child abuse and it was quite pleasing to find myself in the middle of a thriller plot albeit very much about the aforementioned subjects.

I’m not sure if this has been marketed at all in INDIA but if it has I’m not sure how they would have done it because while it is engaging, it is certainly not a cheerful or lovable film. However, this is a problem for the marketing people, not the viewer.

For the viewer what the very dark tone also produces is a complex and engaging thriller that not only manages to hold the attention with a series of solid and unexpected twists but also forces moral questions onto you that have no easy answers (although do have “right” answers).

The two aspects of the film complement one another really well, with the thriller moving at a pace that does not detract from how grim it is. It is not perfect of course and some of the plot turns do take the odd jump and for the overall scenario as you understand it at the end, asking too many “yeah but” questions will take it to pieces with relative ease.

Fortunately, though, when it does tend to be weak in these regards, it is delivering questions to the viewer (the ending being a perfect example) and these rather serve to prevent one from picking at the internal logic but rather focusing on the question instead.

Working this way makes it engaging and interesting to watch and it was a lot better than I expected.

Being” better than expected” is also a statement that is applied across the cast and in particular to the director. Affleck does really good work here with his cinematographer to get loads of well-framed shots along with the real ones but he also does very well in regards to tone and style of delivery.

It may be a “thriller” but the development is slow and, when violence comes, the gunfire has an abrasive crack rather than the satisfying thuds more favored in action films. He draws mostly good performances from his cast as well.

Casey Affleck turns in yet another strong performance; some have said he is rather flat but to me, his restraint and internal conflict worked best for the film. Freeman has a small role and is essentially the sturdy pair of hands he is now known as.

Harris is as good as you expect and it is nice to see Ashton in something again. Oscar-nominated Ryan really should have won for a really convincing turn as the mother of the missing child but Monaghan is sadly not as good as she could have been and didn’t work for me at key parts.

Ironically the main cast member that stood out for me was one that did so in a jarring way, and that was Williams.

We are treated to several lingering shots of his character before his name is even known (far less his minor part in the narrative) and I wondered why he was focused on like that.

Anyway, Gone Baby Gone was not only better than I expected but also very good on its own terms. The narrative has weaknesses but these are helped over by the thread of moral questioning and how engaged I was in the overall film.

The delivery is surprisingly good from Affleck as director and the cast is good with only a very few exceptions. Hard to market and not the most fun film you’ll see but worth seeing regardless.