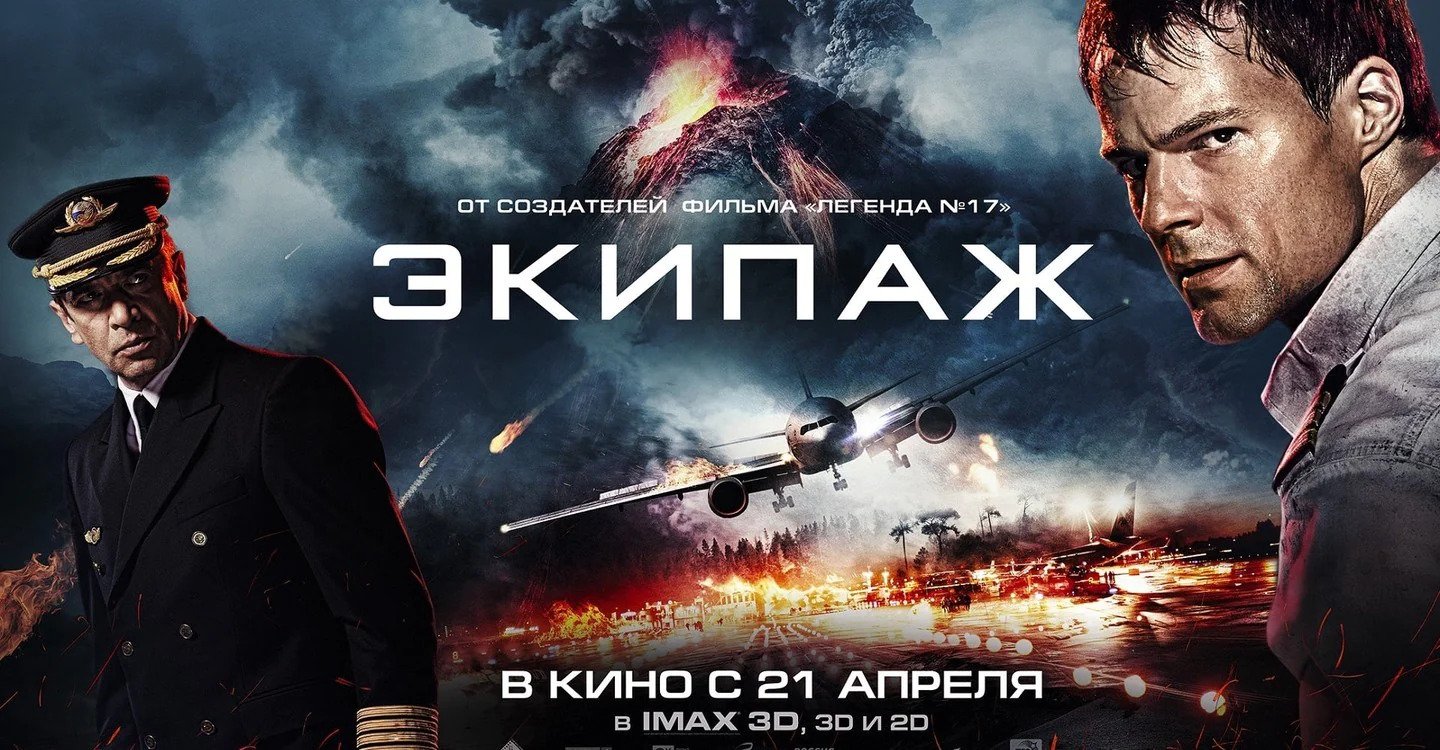 When young hotshot pilot, Alexey Gushchin, is discharged from military service for disobeying questionable orders, he applies to Russia’s passenger airplane programme, a decision that brings him into direct conflict with the stern and experienced crew commander, Leonid Zinchenko. On route to Asia, the clashing pair receive word of a volcanic eruption at a nearby island, and are tasked with evacuating survivors, only to find upon landing that the natural disaster is far worse than first anticipated. With the island literally falling apart around them, the two pilots must work together to attempt the impossible, and ultimately save the lives of the 200 passengers in their care.

The first half works towards building interpersonal relationships between three pilots. The male leads Danila and Vladmir. Danila plays his character Alex McCoy with sincere effervescence as the rookie pilot with a conscience who dares to defy seniority. However, his romance with Agne Grudtye’s Sandra is a damp squib, owing largely to Agne’s wooden and stereotypical turn as a career-driven pilot. Causing friction with Alex, Vladmir plays a steadfast yet weathered senior pilot who prefers to stick to the rulebook. The strained relationship with his wife and precocious son lends some comic relief to an otherwise somber film.

The dynamic between these three provides some emotional footing before the action takes off, though the time taken to get there is long drawn. There’s enough empathy for the lead players, but a host of secondary characters introduced during the catastrophe have an erratic impact on the proceedings; some of them hit home while others fail to register. Although, this is when the film’s ‘blockbuster’ status begins to make sense as it is dedicated to the crew’s rescue mission. Shot in IMAX, the stunt choreography is relentless, albeit unrealistic, though that’s in tune with most Hollywood disaster-action flicks so it’s not entirely indigestible. As the two male leads begin to shine, they create some nail-biting sequences helped along by excellent CGI work.

First half goes on building relationships between three main characters, Father-Son relationship, Lead Pair their love story and break up and trainee-Officer Problems. The real story takes off after First half over. Once Second half begins you don’t have a time to breath. You will be hooked up till end of the film with main three aspects. First – Big Plane take off, Second – Mid-Air Rescue ( inspired from THE DARK KNIGHT RISES), and Third – Breathtaking Landing.

Second half focus on ALEX. He gets an opportunity to prove his talent when he accompanies Fitzgerald on a rescue mission to an earthquake-ravaged island. When it appears that Alex has died during the rescue, Fitzgerald takes off with Sandra even though his son (Sergey Romanovich) is among the suspected victims.

Fortunately for Fitzgerald and the movie, Alex is not only alive but in hot pursuit of Fitzgerald’s aircraft, which has developed serious snags and is no position to land. A daring mid-air passenger transfer is so convincingly filmed that it allows for suspension of disbelief to fly away with as much force as the few hapless flyers who don’t manage to make it.

Director waited for Second half to showcase his powerful writing. The real tension, emotion between passengers, Passengers helps one another ( My favorite scene – plane door open at mid air and giving their clothes to help in mid air rescue) and Side characters real show.

Overall: If you have little patience in first half and then you have Blasting Seat Edge Tension.

Note: If You Have 7.1 Home Theater at Home Then This Is Your Film. Watch at Night. Flight Crew available in Amazon Prime

Hungama 2 Review – The Movie Is Disgrace Of Hungama 1