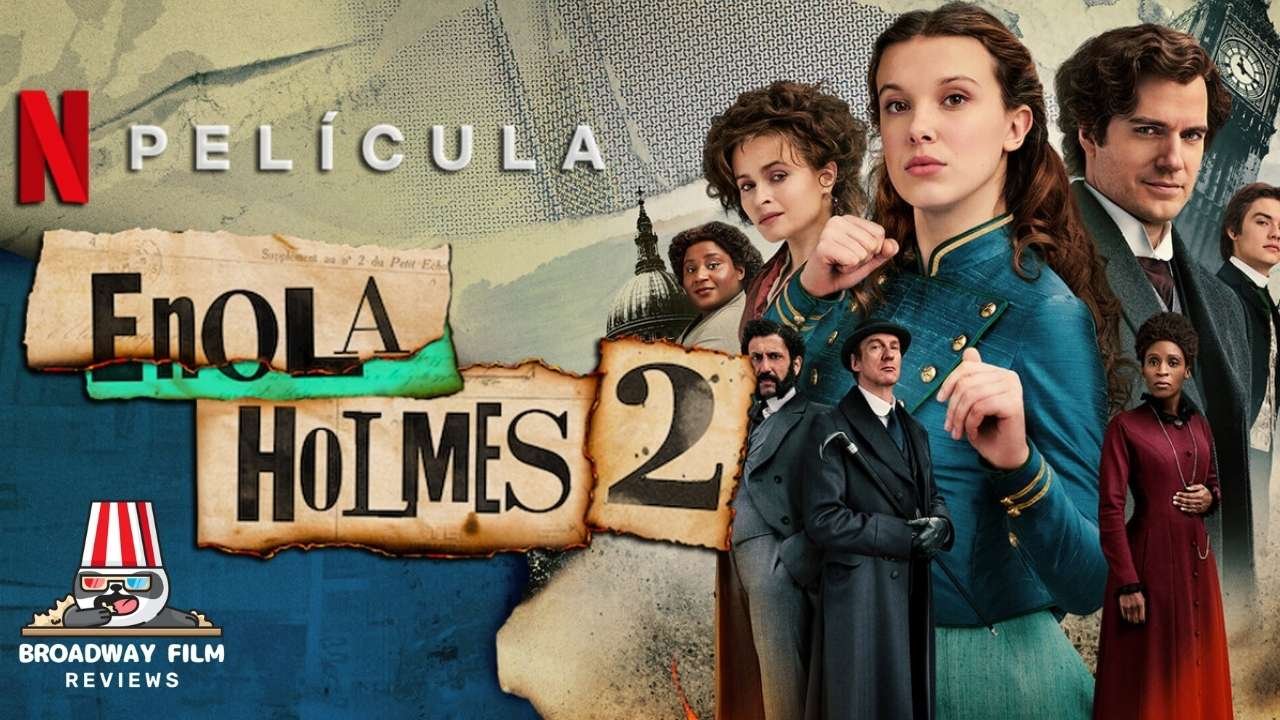 Now a detective-for-hire, Enola Holmes takes on her first official case to find a missing girl as the sparks of a dangerous conspiracy ignite a mystery that requires the help of friends – and Sherlock himself – to unravel

I loved the original Enola Holmes and the sequel adds to the fun and curious life of the young detective. Right away I can note on its great pacing, I did not find myself bored the whole film.

The greater inclusion of Enola’s older brother Sherlock (Henry Cavil) added a great new dynamic and relationship to the movie without stealing the spotlight (I know it was there in the last film, but this time there was a more significant focus on their relationship).

The storyline was clever, but not so tricky that as viewers, we couldn’t guess along the way and solve the mystery with the Holmes siblings.

I must also praise Millie Bobby Brown for her use of breaking the fourth wall. It was not intrusive or annoying, she would merely tease us by giving an occasional wink or glance, which was enough to keep us charmed by her.

I am usually not a fan of breaking the fourth wall, but this movie hit the sweet spot on being tasteful enough that I did not mind.

The fight sequences were fun and kept you on the edge of your seat, and so did the slow-building anticipation of the romance between Tewkesbury and Enola. Grail was a scary but well-developed antagonist, depicted perfectly by David Thewlis.

The set design, costumes, and stunts were all done well, and it certainly set the scene for old London. As well as this, the whole cast can take credit for the strong chemistry they showed which shined through in their body language enhancing this whole movie.

The strong feminist undertone was clear, and using a real-world example of the Match Factory girls brought this movie to life. It was a fun, empowering, and entertaining

It was an entertaining film to watch, the majority of acting was good throughout and an incredible message to sit behind it, so ifyou liked the first, don’t hesitate to check this one out!