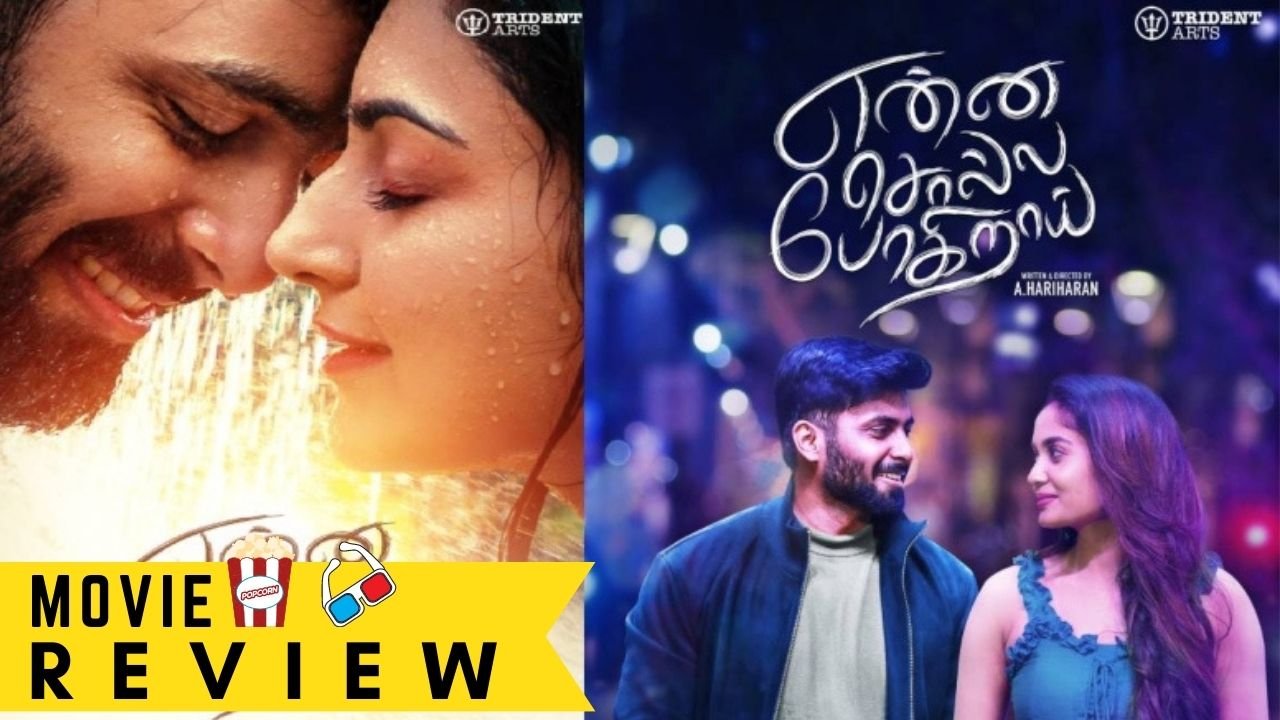 Three individuals with clear notions of what romance discover the indefinable magic that is love when they end up in a triangular romantic relationship.

I’m going to write this movie review in two categories – Positive & Negative. Check out the reason below,

Right from the starting till the end the flow of the movie was really carried well by Ashwin, Pugazh, Avanthika, and Teju.

They were truly the 4 most important pillars of the movie.

Ashwin did a fantastic job, right from the start till the end, each and every expression and acting was so smooth! He was really good for a debutant actor who is acting in his first movie as Lead. His eyes spoke and conveyed a lot of emotions.

Pugazh was shown in a very different light and I liked a few jokes but honestly missed his trademark. His counters, his expressions, his banter with Ashwin and Swaminathan Sir was really good!

Avanthika and Teju did a great job with the way they carried their respective roles throughout the movie!

Hats off to Vivek and Mervin for the Musical Treat! I have always loved their music and they did an outstanding job!

I can’t emphasize this enough but the Cinematography….the visuals. The aesthetics were just too good! And it was done in such a natural way that it didn’t look dramatic!

The first half was too good because my expectation was too low. The comedies are worked well between the leads. And the love story said by Ashwin and Teju were superb because it was told from their respective point of view. And frankly, I’m addicted to the “It’s Raining Love” song.  The real problem starts from the intermission.

The 2nd  Half was the complete Opposite of 1st half. The biggest drawback is Songs, dialogues, and Screenplay.

Songs: Every song is good when you listen to it. But in the 2nd half, every 8 minutes you hear and watch a song. Because of the song placement, the film feels like less drama, so we soon enough get disconnected from the film flow.

Dialogues: There is a golden rule in Rom-Com films, “The dialogue should come from their heart that connects to the film plot (must generate from the plot), and stays even after the film ends”.

But here it’s completely opposite because the dialogues are felt like quotes taken from Google. At one point, I felt to leave the theater but I had one curiosity to watch this film. So, I stayed and watched.

Screenplay: In Rom-Com films, there are five Golden Rules, every filmmaker should Follow,

I can’t explain this fully here, but I make a separate blog about this.

If you loot at any Rom-Com films, these 5 golden rules implicated in these films,

Because of these Golden rules, these films are still fresh. The first five films are my favorite films.

Coming to Enna Solla Pogirai, it’s completely different in 2nd half. The writing was lost somewhere and the director slept when he was writing the second half.  If he followed these rules the film definitely stayed in a great place among the audience.

Ashwin should concentrate on selecting the script. A good first half completely destroyed in uneven 2nd half. You can choose this film as your second or third option for your weekend options.