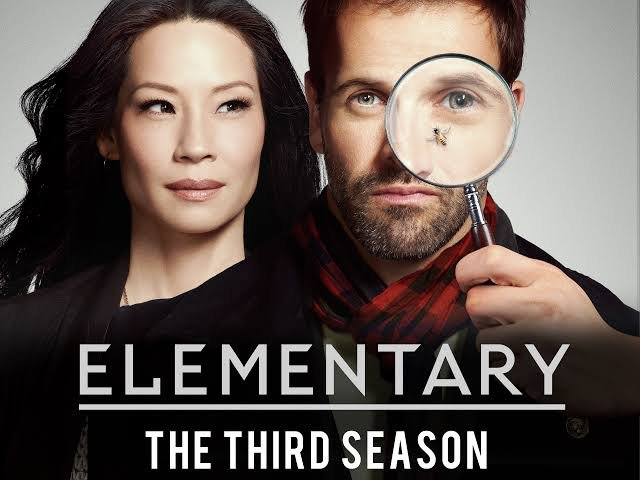 The first episode opens, 14 months after Season 2, Now Watson working as Private Investigator and also Police Consultant. Nobody knows where is Sherlock Holmes. Even Watson too. Suddenly Sherlock appears infront of Watson with his protege Kitty.

The reason I liked season 3 because of Kitty. Ophelia Lovibond as Kitty Winter, her real name was unknown because of her tragic past. She was kidnapped and raped in London prior to meeting Sherlock, and had changed her name in an effort to forget her ordeal. She works alongside with Sherlock and sometimes for Watson too. At the middle of the season, she comes across the real culprit behind her past. She take the action on her own hand that leave her to leave the country. Even Sherlock agree on her decision.

The emtion between Sherlock and Kitty showed very well. One of the biggest strengths in the season. Sherlock teaches her to overcome everything going on her inside.

On the other hand, Watson lives on her own flat and also she in relationship with her neighbor. At one of the episode, he died because of a criminal who Watson put her behind bars.

Whatever You Do, Everything Has A Consequences

The Reason I didn’t Liked:

After American, Sherlock tries to get Watson back to his House, like how they worked before as partner. The way the writer written Sherlock’s Arc, Pleasing, begging ( he doesn’t really do but the way he does, it convince like that).

The real conflict is missing in every episode. The suspense, challenging investigation are average in this season. I expect Season 3 should more stakes than Season 2, but let down by Everyone’s Arc.

The last episode was the one of the senseless and also worst writing in the season. Sherlock’s friend Oscar Rankin ( a drug addict ) kidnapps Alfredo Llamosa and blackmail Sherlock to find his sister, who also a drug addict for Alfred’s safe return. Sherlock agree and he investigate. On the other hand, Watson and Captain and Detective Bell searches for Alfredo. At the end of the episode, Sherlock find out Oscar’s sister is dead because of overdose and Oscar knows about it too. He confront with Oscar but he says ” Sherlock he led him through the places Olivia had been to make him realize Sherlock is as bad as he is. It is inevitable Sherlock will use again. Oscar tosses a metal box with heroin at him and says he needs one more push”. It makes no sense. But the Cliffhanger was good and made me to watch Season 4.

Season 3 is not more of the same, or a throwback to the show’s best work, but instead a display of actual growth and a willingness to try new directions.