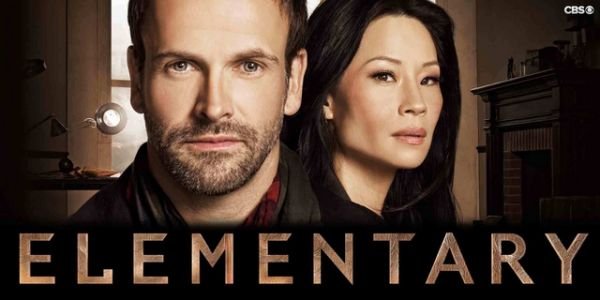 I am going to write about this show, why I started to watch this series, what I liked and what I don’t like? I have good and bad on this show.

For the last two weeks, I have only watched films and fe films were good, some are bad. So I needed a break and I chosen a detective investigation ( genre ) -related show. After a long search, I found Elementary ( Mainly I was a big fan of Benedict Cumberbatch’s Sherlock ( TV Series )). I didn’t watch this show in one day or two days. It took 8 days to complete because there were new releases in theater and personal traveling. But the other reason also I watched few episodes twice or thrice because few episodes are too fast and I missed a lot of clues and didn’t follow the dialogues because of the lead character ( The pilot episode was a good example of how should you introduce the main characters, theme, motive, and purpose).

There are 23 episodes in season 1. Except for the last two episodes, everything was perfect and you will addict to the show. Each case has a different perspective and you can’t guess till the end except there was an episode about Detective Bell, somebody tries to frame him, in that episode you can easily figure out the killer because the character was introduced in that episode but what they throw that Bell and Killers are in a relationship for almost two years.

Before watching this show, you should remember this is Hollywood Version in a modern take. Don’t compare this show with British Sherlock TV Series. Both series have the same protagonist Arc but the way they are portrayed was different. In Elementary Holmes have a painful past and also he becomes a drug addict. Here Watson Character was portrayed by a female, it was interesting, and also she has a painful past. Last but not least, in every way you will addict to this series.

I noticed in a lot of TV shows recently (Sons Of Anarchy, White Collar, Life (2007), The Stranger 2020, etc..), each show has a common thing was ” The protagonist lover or wife, they will become the main antagonist in the end. And I mean the protagonist gives everything for them and also they sacrifice everything for them but in the end, reveals they just used the lead character for their beneficiary. Also I think all writers experienced this in their life, that’s why they made a character like this.

But I like Elizabeth Burke ( w/o Peter Burke ) in White collar because Peter is a special agent, he never keeps his promise or takes her to any vacation because of his late-night investigation. But every time she supports him whenever he lost she put him on the track. She understands her husband’s work and stands as a pillar in his life and her character was a good example of how a wife I need. Don’t think Peter ever does anything for her, he can’t take her to the beach but he makes a setup on the balcony and he does everything for her happiness in his own ways. Their relationship never broke even they don’t have a child for 12 years ( both hoping ), still, they are a lovely, shared, and happiest couple.

Jonny Lee Miller as Sherlock Holmes. I believe he was born to do this role because he is the main reason the show was interesting. The way he talks listens and sees things. Also, the way he was portrayed as recovering drug addtict was excellent.

Lucy Liu as Dr. Joan Watson. Holmes’ sober companion, Joan was previously a successful surgeon, which adds to her complement of skills; however, she stopped practicing medicine after one of her patients died during surgery. She comes to Holmes when she is hired by his father as his sober companion, to help him remain abstinent after his release from rehabilitation. After her contracted time is finished, she remains on after lying to Sherlock that his father had continued to retain her services. She was good in her role.

Aidan Quinn as Captain Thomas “Tommy” Gregson. He heads the 11th Precinct Also He was previously assigned to Scotland Yard to observe their Counter-Terrorism Bureau, where he crossed paths with Sherlock and was impressed with his work And He genuinely likes Holmes, and the two have mutual respect for each other.

Jon Michael Hill as Detective First Grade/Captain Marcus Bell. Bell is a junior officer with the 11th Precinct with whom Sherlock and Joan prefer working. First, he disagrees but is later impressed with Sherlock’s work and started supporting him in every possibleway.

Ato Essandoh as Alfredo Llamosa. Sherlock’s NA sponsor is a recovering addict himself. In every human being’s life, there is a person who doesn’t expect anything but still gives everything other, Alfredo was like them. He was once a car thief but later hired by car companies to test their security. He helps Sherlock in every way and also he became an important person in Sherlock’s life.

It may not appeal to purists, but Elementary provides a fresh new spin on Sherlock Holmes, and johnny Lee Miller shines in the title role.

A Clever Twist Only Works If There’s A Good Story Backing It Up Though And Elementary Delivered On Both Counts.