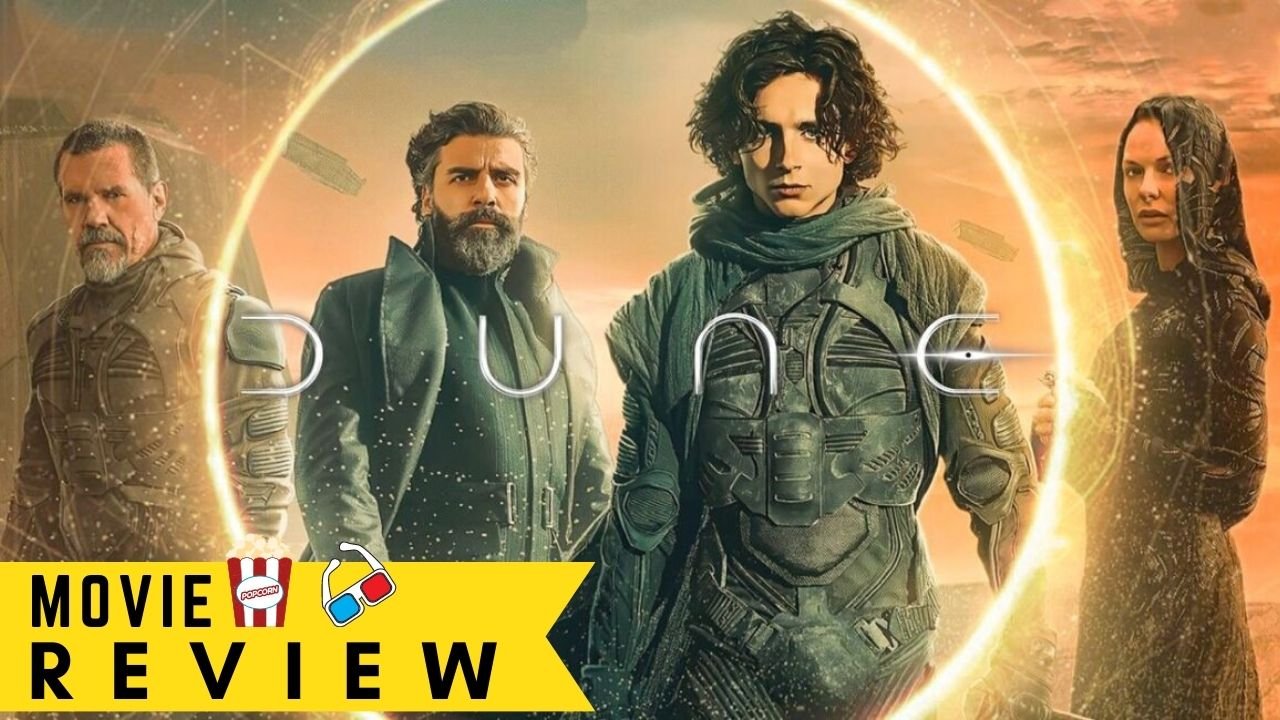 Paul Atreides, a brilliant and gifted young man born into a great destiny beyond his understanding, must travel to the most dangerous planet in the universe to ensure the future of his family and his people. As malevolent forces explode into conflict over the planet’s exclusive supply of the most precious resource in existence, only those who can conquer their own fear will survive.

“Dune. Part I” (2021) was an amazing cinematic experience. This is a movie that demands to be seen on a big screen, no less. I haven’t read a book but I saw the previous version of it, therefore all things that I saw story-wise were fresh for me. And I won’t lie I did feel to be lost here and there, but at the end of the day, the storyline was clear.

Dune is a beautifully done epic science fiction film that is the start of a new sci-fi franchise. Or an attempt to revive one. Even with the opening title saying Dune Part one. I never read the novels. Only knowing the film is the first half of the first Dune novel.

Leaving the film with half a story and no climax. It is frustrating and exciting to see more films. One can hope this film is a success for more. Which it does deserve more films.

The plot is good and does open up for an epic story. Paul (Timothee Chalamet) is from the House of Atreides. Which he accompanies his parents to Arrakis which is a homeworld that has spice produced in the desert. Spice can be used for intergalactic travel.

House of Atreides is looking for a reasonable peaceful trade. While House of Harkonnen led by Baron (Stellan Skarsgard) is sending his army to Arrakis for an all-out war.

The cast ensemble is huge and everyone did great playing their characters. Timothee Chalamet taking the main role was phenomenal. Rebecca Ferguson was also good. Along with Oscar Isaac, Josh Brolin, and Jason Momoa was good. Zendaya is fantastic even if her role was short. But save for a sequel.

Script did a great job with the world-building and details on setting up the story. Great with the character building. Even for being a complex book.

Director Denis Villeneuve did a great job in making this film a cinematic masterpiece. You can expect great cinematography set up in capturing beautiful landscapes. Visual effects. And having Hans Zimmers music score blasted at a high volume.

Every sequence is designed for a cinematic scope to be seen on the big screen at the theatre with great sound quality. Also, a downside to what you can expect from Denis Villeneuve is the slow pacing.

The film does have some action sequences with great visual effects. The giant sandworm sequence is cool. Do not expect any big battle sequences. There is a brief battle scene in a dream sequence that is hinting towards the next film.

Positives: the film is a good start for a franchise. The scope with action, visual effects, cast ensemble, production sets, music score, and direction all aim high for a cinematic experience that is epic and loud. It is one spectacular experience. The action sequences were good. Also ending abruptly for more films, do not expect a big climactic battle.

Negatives: director Denis Villeneuve is fantastic in making a cinematic visual feast. He does take his time with his storytelling even with slow pacing. Which he suffers in all his films.

Overall, Dune is a good science fiction film that is spectacular and epic. I am excited and hoping to see more films. It delivered with a great world-building for the story, visual effects, and action. It deserves to be seen in Big-Screen Theatres.