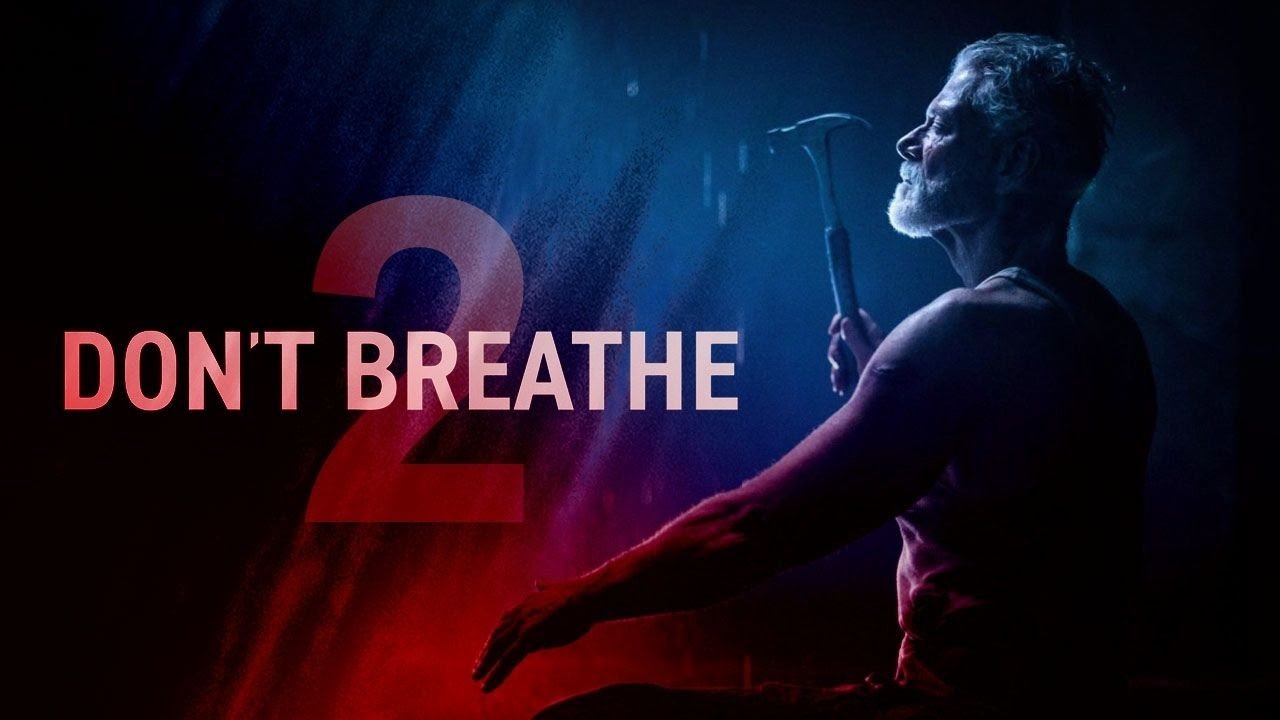 Don’t Breathe 2 is a 2021 American horror thriller film directed by Rodo Sayagues in his directorial debut, from a screenplay he co-wrote with Fede Álvarez, the director of the first film, 2016’s Don’t Breathe. The sequel is produced by Álvarez, Sam Raimi, and Robert Tapert, and stars Stephen Lang, reprising his role as Norman Nordstrom / “The Blind Man,” with Brendan Sexton III and Madelyn Grace in supporting roles.

The initial opening sequence looks great, and sets the stage for some truly tense filmmaking. Echoing Fede’s style, Rodo crafts scenarios that will have you on the edge of your seat – coupled with Stephen Lang’s dedicated performance, you’ve got yourself a sequel that is just as thrilling as the original.

Following Stephen Lang as the blind Norman, “Don’t Breathe 2” introduces a new character: Madelyn Grace as Phoenix. Seemingly Norman’s daughter, Phoenix spends her days homeschooled by Norman, as well as being trained in the skills of survival. And as fate would have it, these skills seemingly come in handy as.

One night, a group of armed men break into Norman’s house with one goal in mind – to kidnap the little girl who lives with him. Enter some white-knuckle filmmaking. Rodo takes pages off of Fede’s book and utilizes a free flowing camera during this sequence, along with a sparsity of music, that truly works wonders in sending shivers down your spine.

My eyes were glued to the screen during this sequence as the camera followed little Phoenix as she ran, crawled, and fought to stay away from her attackers. Similarly, as Norman put his particular set of skills to work in dispatching the men who have begun hunting him, Rodo handles most of the action uniquely with some expectation-subverting moments that were a joy to watch unfold.

By all intents and purposes, you’ll think that “Don’t Breathe 2,” at least on a technical level, is on par with the first. That is, until something happens that starts to make it even better. What makes this movie so interesting and watchable is that, almost constantly, the lines between good and evil are blurred; just when you think someone is doing the right thing, albeit through the wrong way, or when you think that a specific character is a “good” guy, Rodo pulls the rug right out from under you.

There are truly disturbing, borderline sickening concepts and scenarios introduced in this movie, including a “twist” that had me legitimately shocked and appalled, in the best way possible. Rodo put some balls on this movie – he isn’t afraid to challenge his audience, which I respected.

Truth be told, from a purely entertainment based rating scale, I enjoyed “Don’t Breathe 2” more than the first. That said, from a script perspective, there is some truly awful dialogue here. There’s no easy way to say this so I’ll just rip the bandaid off: The writing in this movie isn’t great.

Yes, the scenarios, sequences, and concepts are very clever and disturbing, but the dialogue glueing them together is as poor as poor can be. Stellar lines such as, “Enough of these silly games,” and “You’re a bad man. You’ve done terrible things.

At least, that’s what you tell yourself,” will grace your ears; you may even wish to be blind yourself while watching just so you don’t have to see the actors deliver them. However, because of how entertaining the movie is from a horror/thriller point of view, it’s easy to overlook the laughable dialogue.

Look, when I watch a thriller I want to be thrilled, and “Don’t Breathe 2” did, indeed, thrill me. It isn’t the best written movie out there, but it’s packed with enough suspense and violence to warrant a night out at the movies.

Once Again, Edge Of The Seat Thrill Ride