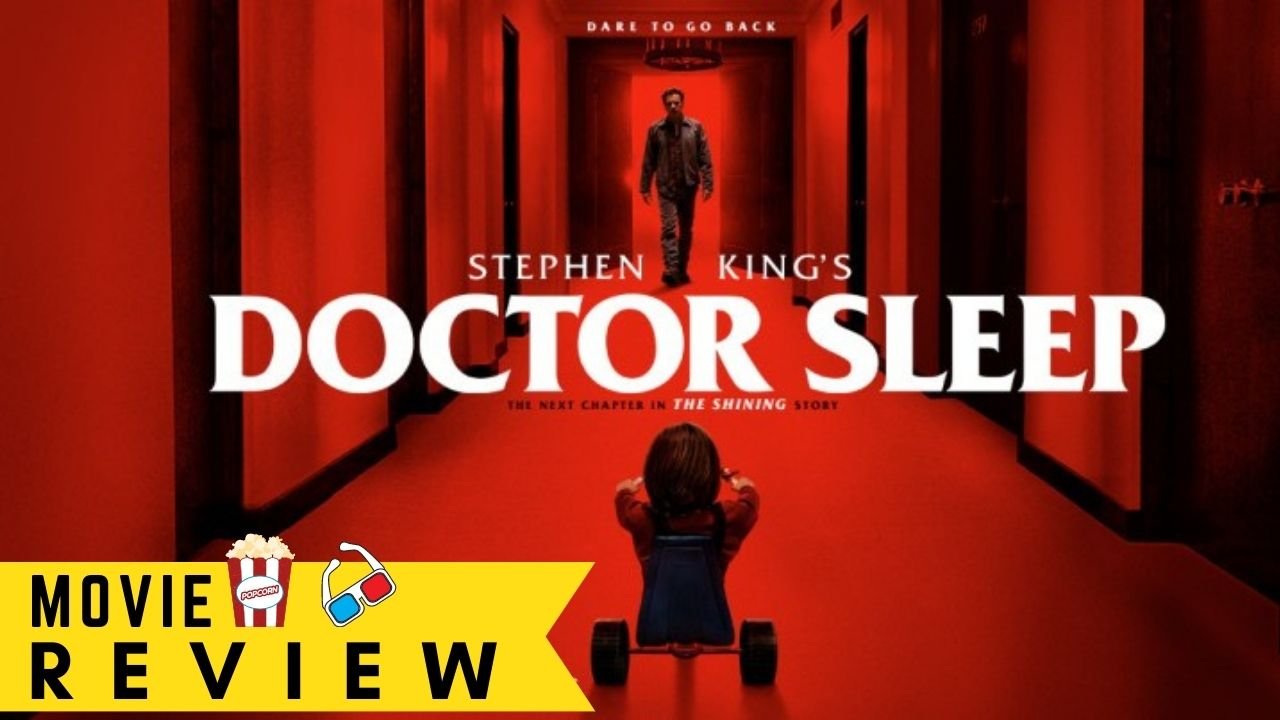 While Danny Torrance struggles to overcome his traumatic past, he finds a little girl sharing his gift of the shine. Thereafter, he goes on a quest to protect her from the bloodthirsty True Knot.

I read that Doctor Sleep was a bomb in the box office. Good thing I don’t listen to critics and box office figures. I thoroughly enjoyed Doctor Sleep and I’m not ashamed to admit it.

Doctor Sleep is essentially a sequel to The Shining. I haven’t looked this up at all but I would venture a guess that after Mary Poppins Returns, Doctor Sleep is the longest gap for a sequel in cinematic history.

“You need to listen to me. The world’s a hungry place. A dark place. I’ve only met two or three people like us. They died. When I was a kid, I bumped into these things. I don’t know about magic. I, I always called it “the shining.” Danny Torrance (Ewan McGregor)

In the 39 years since Stanley Kubrick’s The Shining, the film and director have grown in stature, and only now has a sequel dared to emerge. Doctor Sleep is better than it should be as a sequel.

The action at the Overlook Hotel, without the original, is sometimes taut and enervating without the glamour of the original. Yes, toward the end, the infamous bathtub crone is as ominous as ever, the blood gushes in the hall the ax seems bigger than ever, and the maze is more imprisoning than ever.

Tricyclist Danny has grown up with memories and the legacy of dad Jack (Jack Nicholson) retaining his special “shining” power that puts him in constant contact with weird stuff. That means dealing with a species of Zombie-like antagonists out to get shiners like him.

That Zombie motif can be figurative for the forces of evil and intimations of death, be it elevator blood to devilish Grady twins. Whereas his dad suffered from writer’s block, Dan expands that affliction to fear of just about anything that has a limited life.

For True Knot cultist Rose the Hat (Rebecca Ferguson), tracking down the young generation represented by Abra (Kyliegh Curran) is her calling. In a moment of honesty, Rose discloses even her kind has a terminal shelf life despite their usual long time.

Also Read: Missing You Movie Review: Slow Placed but Wroth For Your Time – Under the radar

McGregor underplays Dan to good effect: He is reluctant to use his powers but gets along by running an amusement park train for kids. He is in effect, guarding the coming generation, embodied in Abra, and inadequately effacing her psychic and paranormal dangers.

Although the limited figurative properties of Doctor Sleep satisfy on a low level, the original Shining shows with real demons a real psycho, Jack the phantasms follow him through his maze of hang-ups while the bad stuff in Doctor Sleep too often seems to exist for the need to compete with the original.

Doctor Sleep works better as a standalone without the re-creation of the patterns in its origin story. The Newton brothers score does a serviceable job promoting mood; Michael Fimognari uses his cinematography with a powerful dark-blue effect.

Missing are the Kubrick-King chilling vibes. Present are re-creation scenes with new actors, a reminiscence that accentuates the missing charisma of its creative originators.

I know this might make me lose some steam from a group of people, but tonight’s experience with this reminded me of the first time I saw Batman v Superman: The Ultimate Edition. While I really liked the BvS theatrical cut, the Ultimate Edition shot the movie up in my eyes tenfold. Like it was a brand-new experience and a much better one. Same here. To me, there’s absolutely no reason to check out the theatrical cuts of either Doctor Sleep or Batman v Superman. Just set aside 3 hours for each and enjoy these fantastic movies.