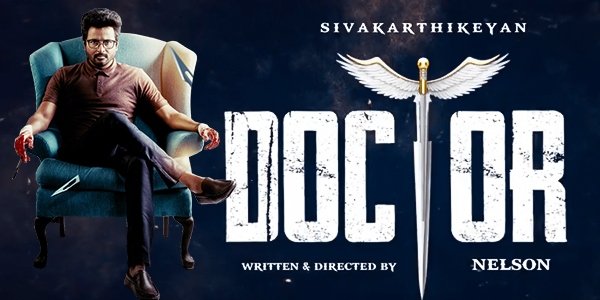 We’ve seen a lot of kidnap dramas before, the story of Doctor’s movie is more like a movie we’ve seen before, but the way it’s taken will separate this movie from all the other movies..
The movie was made as a ′′ comedy thriller ′′ with the ′′ Child Trafficking ′′ theme.. There are many methods of doing comedy, including ′′ making those who are watching us laugh without us laughing ′′ is the most difficult method, the whole movie followed the same method and made us laugh with their cries. Congratulations to the actor / actress..
There are only two songs in the entire movie, one is the sentiment song that comes in the beginning, second is the duet that comes after the movie is over.. One song or fight for the screenplay flow. If they are stopping, it is to dare them without any doubt and throw them away. If you can do that, the first success of the movie that comes without releasing the same movie..

I have become a fan of Yogi Babu since I watched Director Nelson’s first movie Ko Kokila, I love how he makes me laugh with his facial expressions without working hard.. This movie is full of Yogi Babu’s character story, cinema etc. 20 minutes from there we will come in every two minutes We will keep laughing at least for half a minute.. The role written by director Yogi Babu is like that..

It’s hard to generate comedy with a story that has more scope for sentiment.. but in this movie it’s as easy as peppermint’s slap, Picasso’s movie was made beautiful by director Nelson..

The director will tell us in a short scene how the hero role will be just 5 minutes after the movie starts, what to say about Siva Karthikeyan, sitting with shut mouth as spoilers should not be given but in some scenes he rocked with very subtle expressions, in the climax of the movie, his acting is awesome.. Every scene made especially with villain Vinay Roy gives a good thrill to the audience..

No matter how much you say about Anirudh, if you take the Vithanamane movie made in the shoot location and put it in the hands of Anirudh, he will make it a beautiful tree and put it back in the hands of the director.. I can’t say anything more about him than this, the background music played in this movie is like the backbone of the movie.. especially the Metro Train The music that kicked in the scene is awesome