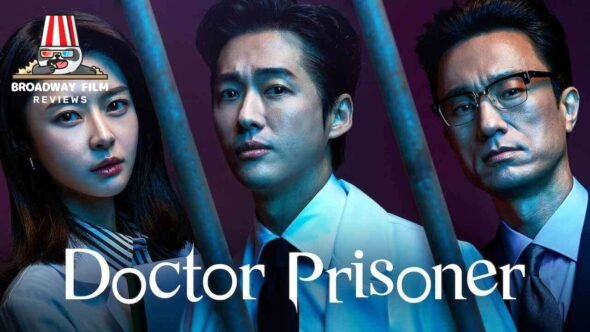 Doctor Prisoner centers around an ace doctor in a  university hospital’s emergency care center, a skilled professional who treats his patients with full devotion and without discrimination.

However, his medical license gets suspended as a result of a medical malpractice incident that arises when the hospital board director causes a ruckus.

He then gets his certificate as a medical internist and applies to work at a prison, where his plan is to cozy up to all the there-business tycoons, celebrities caught doing drugs, and sports stars guilty of gambling and to win allies.

with the ultimate goal of getting revenge against the hospital that ousted him. To do so, he’ll get rid of the existing prison chief doctor and claim the spot for himself.

This drama really defines what a revenge drama should be.  Full of mind games and suspense, never knowing what to expect and who is on which side, as characters constantly kept changing sides, until the very last moment.

Every episode had its twists and turns,  just when you think it is going downhill for the male lead, he does something else to turn the tables.

I felt like this was a little too dragged out. The plot twists just kept getting more and more predictable, initial concept kept getting stretched out to the point where it almost felt like no one remembered who they were at the beginning.

How about the plot? Good-ish. The setting of the revenge was quite new. It’s still revolving heavily on the good old “fighting for the company” trope, but since they introduced the prison as a framework for the plot to unfold in, it was more refreshing to follow.

Too bad the plot was not consistent in these small details. For example, when needed, the recordings from CCTV were important,  other times no one cared for them to be seen. These little things build credibility and give the plot a more realistic feel.

The acting was decent, Kwon Nara while being seriously hot, her acting could use some improvement, and she felt a little artificial.  The cinematography was good, and the story was okay. The premise was good but the delivery was a bit dragged out as it expanded;  eventually it became a bit boring.

I have one minor complaint about directing and editing that stood out for me in a quite negative way. So Geum flipped people through her back and it annoyed me.

The first time it was fun, and the rotation of the camera was a clever trick. Sadly, they repeated it a few times and it lost its charm. If you want to present her as a strong woman who can defend herself, give her some other moves.

It’s as if she practiced this one move for years in self-defense classes. Lady, this is not enough… show me some punches, twisting arms, breaking legs…

The music was decent, nothing too memorable though. and the casting was good, as the characters were represented pretty well and the  characterizations had some reasonable depth to them,

Can’t say this was great drama, maybe it was a movie it would’ve been phenomenal but as a drama, they just stretched the plot out to almost inconsistent levels.

Good Manager K-Drama Review: If you’re looking for a show to make you laugh. This is the one.

Reborn Rich K-Drama Review: Every Episode is Outstanding except The Final Episode – A Complete Disaster.