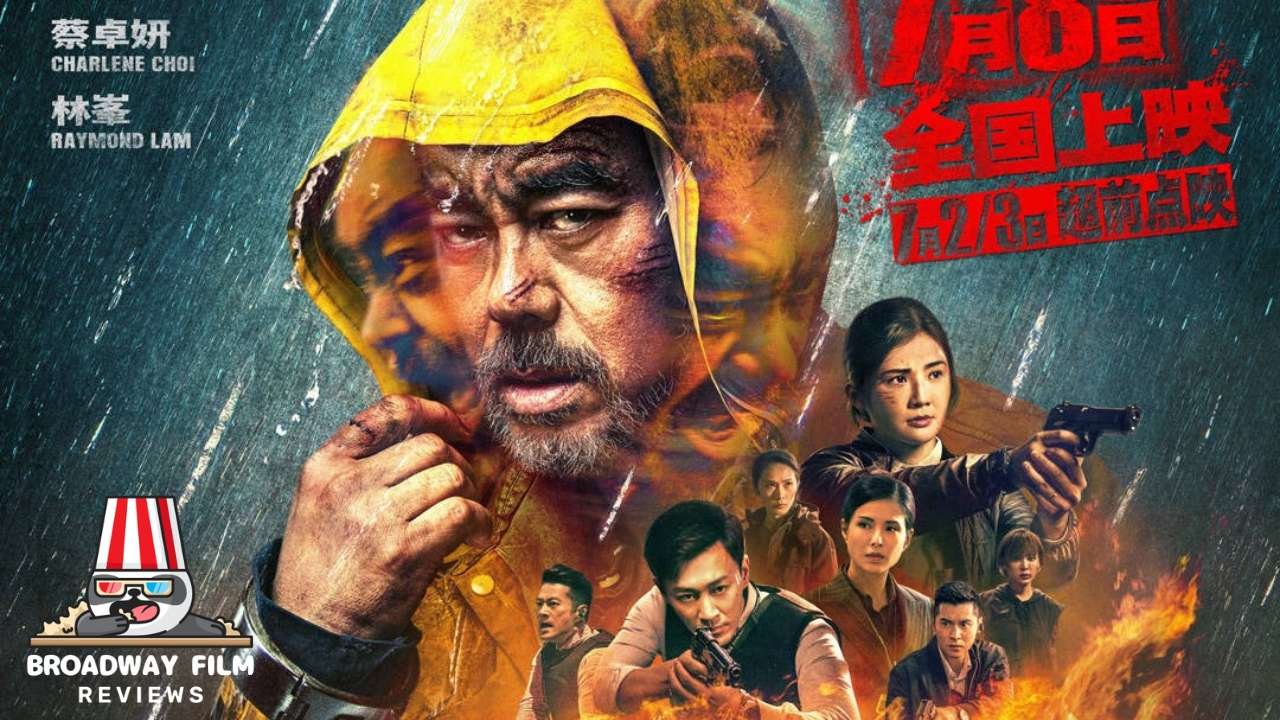 When Hong Kong is rocked by multiple gruesome murders, the police forms a task force to investigate. Jun (Sean Lau), once a brilliant detective who suffered a mental breakdown, begins his own investigation.

Eventually, the police learn that the murder victims are all suspects of cold cases being rubbed out by a figure known as “The Sleuth”. Now, Jun and a detective from the task force are on a race against time to beat the brutal killer at its own game.

The meaning of the original title is Detective War which is far better than the official English title, Detective VS Sleuth, really? Sleuth? Never heard people use that word.

Ching Lan Wau is back, playing again an insane detective with some apparently supernatural crime-solving abilities lying underneath his madness.

Sean Lau Ching Wan is easily the best part of the film. He plays a rehashed version of his lead role in The Mad Detective as a cop who solves crimes with supernatural abilities, which Lau improves upon by acting out the ghosts that converse with him.

She overplays her character’s vulnerability, looking like she’s constantly on the verge of tears and not communicating an investigative mind to solve the case at hand.

On top of that, her character is pregnant and questionably partaking in dangerous action head-on. It is not more ridiculous than say running from a dinosaur in high heels, but it lacked conviction.

Who had the final say on Detective vs. Sleuths? I’ll never know. It plays like a movie made by its money backers cashing in with established formulae, which outweighs the creative parts of the script.

Wai Ka Fai sets up the mystery in an interesting way, but he is completely uninterested in exploring his own high concept. The rapid-paced editing never gives a moment to breathe or contemplate the crime.

Most of all, the film repeatedly drowns itself in long monotonous shootouts that lack weight or consequence. The “pew pew pew” way the guns were fired, the bullets may as well have been orange rubber darts.

It might sound derivative of the former film, but Detective vs Sleuths has some new tricks up its sleeve, and it honestly feels extremely fresh.

Its twisty plot comes together beautifully in the end, the action scenes are some of the best in recent memory, and Ching Lan Wau’s performance is bloody brilliant. His antics are crowd-pleasingly hilarious, but it never undermines the film’s commitment to its increasingly outrageous narrative.

This film feels like a throwback, to a level of creativity in Asian cinema that was much more common in the 2000s than what we’ve seen in the last decade.

Certainly, I enjoyed this more than anything Wai Ka-Fai has directed since “Mad Detective”. That film inspired me to check out more of Wai Ka-Fai’s work and The cinematography work is excellent. Background Score elevates like a dope.

Overall, it’s a great movie! I would highly recommend you to enjoy the tension and dynamic action and is one of the better Hong Kong films in recent years.