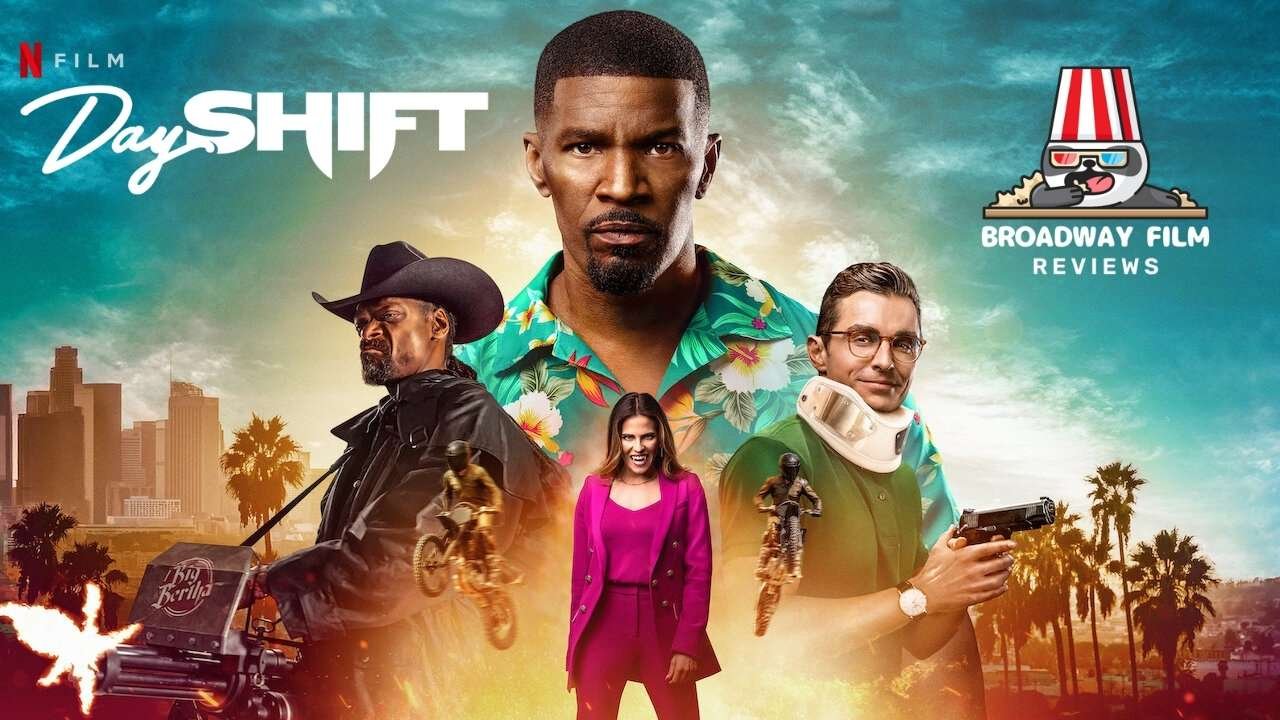 One of the dumbest title after (Beckett another Netflix Film).

Coming to Day Shift, The director and Netflix stated that Day Shift is a Vampire Movie. But what we got a few good looking male and female’s are in Vampire costume and trying really hard to be a real Vampire but they miserable failed.

There are lot of characters but they are like side kicks like come and go whenever they need. No proper writing. Except Scott Adkins duo fight and their chemistry. One of the best part in the entire film. But they were in only one scene.

Karla Souza as Audrey San Fernando, who wants to become Vampire queen and to rule this world. One of the Weakest antagonist because of no proper character Arc and Characterization. She has only four or five scenes.

The story doesn’t have any high or low moments. Felt like flat without any twist and turns. The Third Act is garbage. Formulaic screenplay which already a dead meat.

Verdict: Better watch “Locke and Key Season 3” or “The Killer: A Girl who deserves to Die Korean“.