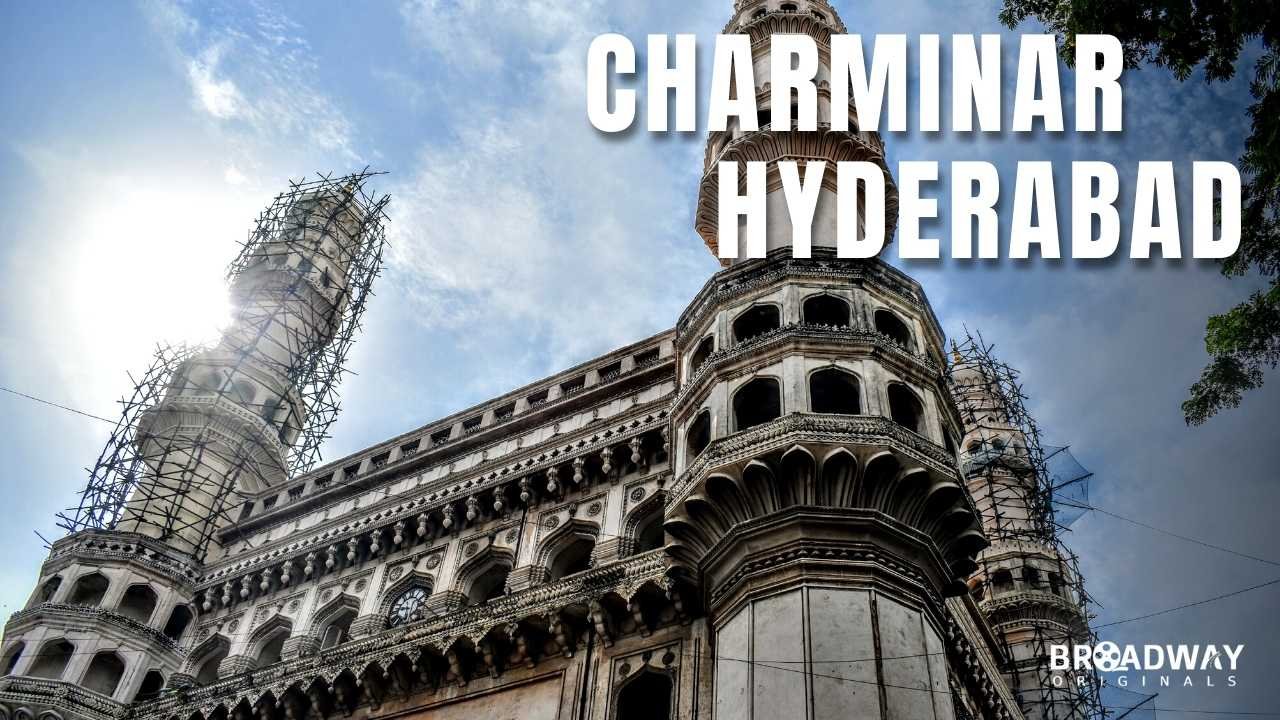 Charminar Hyderabad is known for its exquisite construction, making it one of India’s most well-known landmarks. Locals and visitors alike are familiar with the nearby Laad Bazaar and the 400-year-old mosque on the top floor of Charminar.

The Charminar was constructed in 1591 after Muhammad Quli Qutb Shah, the fifth ruler of the Qutb Shahi dynasty, relocated his capital from Golconda to Hyderabad due to a lack of water. Also, Charminar is listed under the Archaeological Survey of India, and there are several hypotheses on why it was built.

The moving of capitals from Golconda to Hyderabad under Muhammad Quli Qutb Shah, who prayed for the end of Cholera, which had caused many lives in his city, and had taken an oath to build a mosque on the place where he prayed, are the two most likely one’s historians rely on.

The Charminar Masjid is a square structure that is 20 meters (66 feet) long on each side. Each of the four sides has one of four grand arches, each of which faces a central point and opens directly onto the street in front. An elegantly sculpted, 56-meter-high (about 184-foot) minaret with a double balcony stands at each corner.

A bulbous dome atop each minaret is capped with tiny, petal-like decorations at the base. The four fluted minarets of Charminar are integrated into the main building, unlike the Taj Mahal’s minarets.

The upper storey is reached through 149 spiraling steps. The structure’s stucco ornamentation and balustrades and balconies are also notable.

Check out Vlog for Climbing and View from Top of Charminar:

What is the best way to get to Charminar?

Because Charminar is one of Hyderabad’s most well-known attractions, getting here is fairly simple, especially for first-time tourists. It is accessible by auto-rickshaws and taxis and is located on the Charminar road in the Ghansi Bazaar.

There are numerous TSRTC buses that run to Charminar from the city’s major bus stops and railway terminals. Charminar is 5 kilometers from the Hyderabad bus station.

Nearby Attractions to Charminar

The proximity of this ancient landmark to several other renowned tourist destinations in Hyderabad adds to the allure of a visit.

The Mecca Masjid/Makkah Masjid is adjacent to the Charminar. As a result, art lovers might schedule a visit to this old mosque while visiting the monument. The architectural style of the Qutub Shahi Dynasty is brilliantly represented in the building of Makkah Masjid.

The Laad Bazaar is another famous spot to visit when in Charminar. This old market is not just a great spot for shoppers, but it’s also a great one for photographers. This historic market, also known as Choodi Bazaar, specializes in glass and lacquer bangles. This market has been around since the Nizams and Qutub Shahis reigned.

You can also visit many other notable tourist attractions from Charminar. The most tempting one is Chow Mohalla Palace, which is only a 10-minute walk away. Kali Kaman, Patthar Gatti, and Shahali Banda are among the other locations to see.

Waterschool in Hyderabad by Yacht Club launched at Durgam Cheruvu

Most Beautiful Places To Visit While In Dandeli