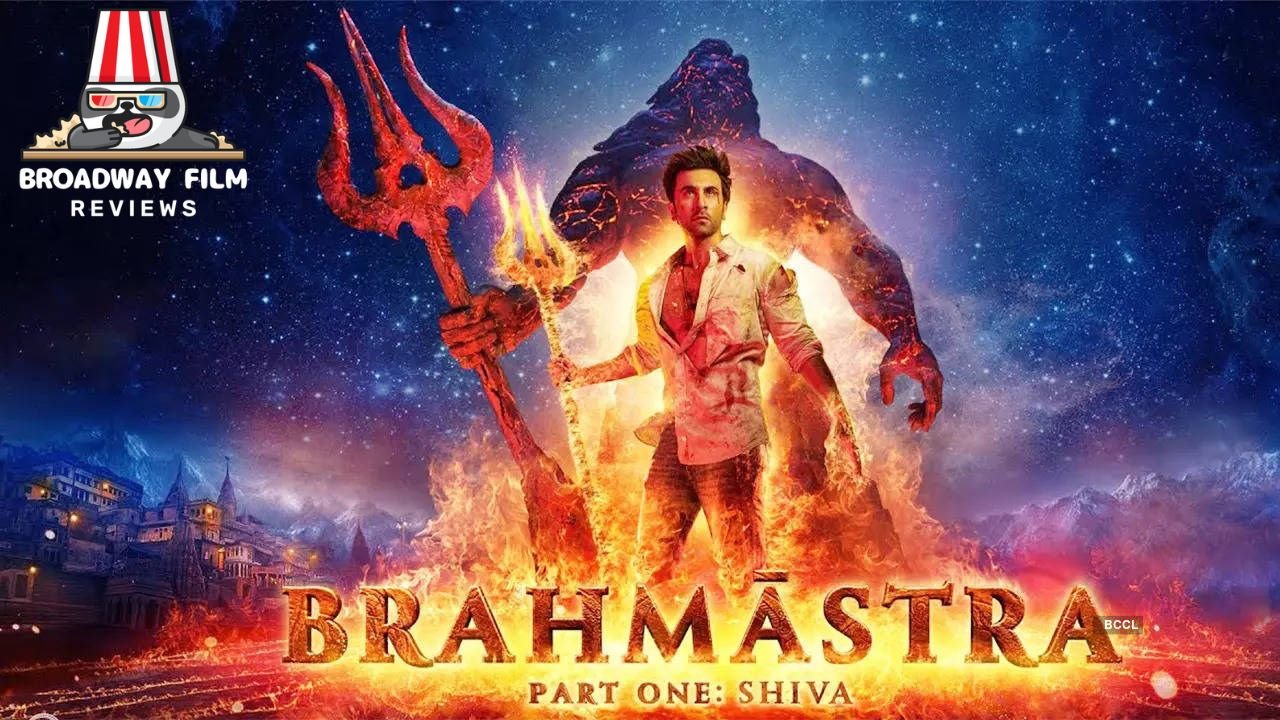 Ranbir Kapoor and Alia Bhatt are electric in this Ayan Mukerji spectacle. The film is a treat for long-waiting fans of Hindi cinema.

There is fire, there is light, and there are those superheroes who wield special Astras that were created by the Brahm-Shakti and contain powers similar to those found in the Jal (water), Pawan (wind), Agney (fire), and animal and plant life.

The universe was split into three parts to protect it from evil energies, but the most potent Astra, known as Brahmastra, is supposed to be capable of destroying the entire cosmos. Finally, Ranbir Kapoor and Alia Bhatt light up the screen with their on-screen chemistry.

Brahmastra: Part One – Shiva is a love story at the core, but it soon takes form of a fight between the good and the evil when the energies that rule this universe take control. Brahmastra is like watching a video game.

Written and directed by Ayan Mukerji, Brahmastra is a heady blend of Hindu mythology and sci-fi elements that serve as the backdrop of a love story which is unusual to say the least

A DJ named Shiva (Ranbir Kapoor) has a strange connection to fire and falls in love with Isha (Alia Bhatt) at first sight. As their relationship develops, his search for the cause of this unique connection grows more intense.

His visions of destruction become more distinct, and he crosses paths with Guru ji (Amitabh Bachchan), the head of the Brahmnsh, a hidden society of sages who harness the Brahm-Shakti, unaware that he is meant to awaken the Brahmstra.

The dark force’s queen Junoon (Mouni Roy) has to locate the fragments of Brahmastra to carry out her terrible schemes.

Also, the second half starts off strong with flashbacks into Shiva’s past and the mystery surrounding Brahmastra. There are also some truly amazing scenes that leave you in amazement.

The enchantment of the VFX (all done in India)

As the treatment of the Astras, and the grandeur of everything surrounding the protagonists make Brahmastra a visual extravaganza and genuinely a cinematic experience to be savored on the large screen, even though the tale was never really intended to be simple.

The majority of Brahmastra is serious

But I appreciated how Hussain Dalal’s dialogues occasionally injected light humor that didn’t seem out of place even during the most dramatic scene or a battle.

Additionally, when it comes to battle scenes, the action choreography is top-notch and on par with some of the greatest we’ve seen in movies like RRR and Baahubali.

No, I’m not trying to compare SS Rajamouli’s cinematic mastery to Brahmastra, but let’s give credit where credit is due.

Making Brahmastra even more special are Alia and Ranbir – the souls of the film. Ranbir has put his best foot forward imbibing Shiva’s qualities and make them his own and he does add his boyish charm into the character even in the most intense scenes.

Alia looks pretty convincing as Isha and remains an integral force to drive Shiva’s actions. She delivers a restrained performance and never loses her ground. Together, Ranbir and Alia look endearing on screen.

Nagarjuna Akkineni as artist Anish Shetty, and a member of the Brahmānsh, who wields the Nandi Astra, is an extremely powerful casting. His lines and screen presence adds so much more gravitas to the script.

Only thing I wish is that makers should have given Akkineni a bit more screen time. Amitabh Bachchan as Guru Ji reminded me of his Narayan Shanker from Mohabbatein, though he’s less strict and more fun in this one.

And Mouni Roy as the only antagonist in Brahmastra is good only to a point when she doesn’t overact and starts to look a tad too over-the-top in parts. From her appearance, attire to makeup, there’s something about Junoon that just doesn’t fit in.

Oh, there’s also another veteran actor, a member of Brahmansh, who has been given exactly two dialogues and has been royally wasted in this ensemble cast.

I mean, come on, are you telling in this whole Astraverse, there was nothing better she could do than to fly a plane and just be there doing nothing?

Lastly, the music of Brahmastra is just average.

Kesariya, for one, has been played more number of times that required in the last two months that there’s no novelty left when you actually watch it in the actual film.

Deva Deva is pleasant but you focus more on the visual choreography with Ranbir enjoying his playtime with fire as the song plays in background.

And Dance Ka Bhoot is just a missable track that doesn’t stay with you for long.

Watch Brahmastra because it’s rare for Bollywood to produce a production with this much scope, world-class VFX, and a mystical world that we typically only see in the West or closer to home in the south film industry.

Because it is the first installment of a planned trilogy, you will sooner start longing for the second.

Poker Face (2022) Review: “Not Great Nor Not Bad but Russell Crowe should Stick To His Acting Career Rather Than Directing”