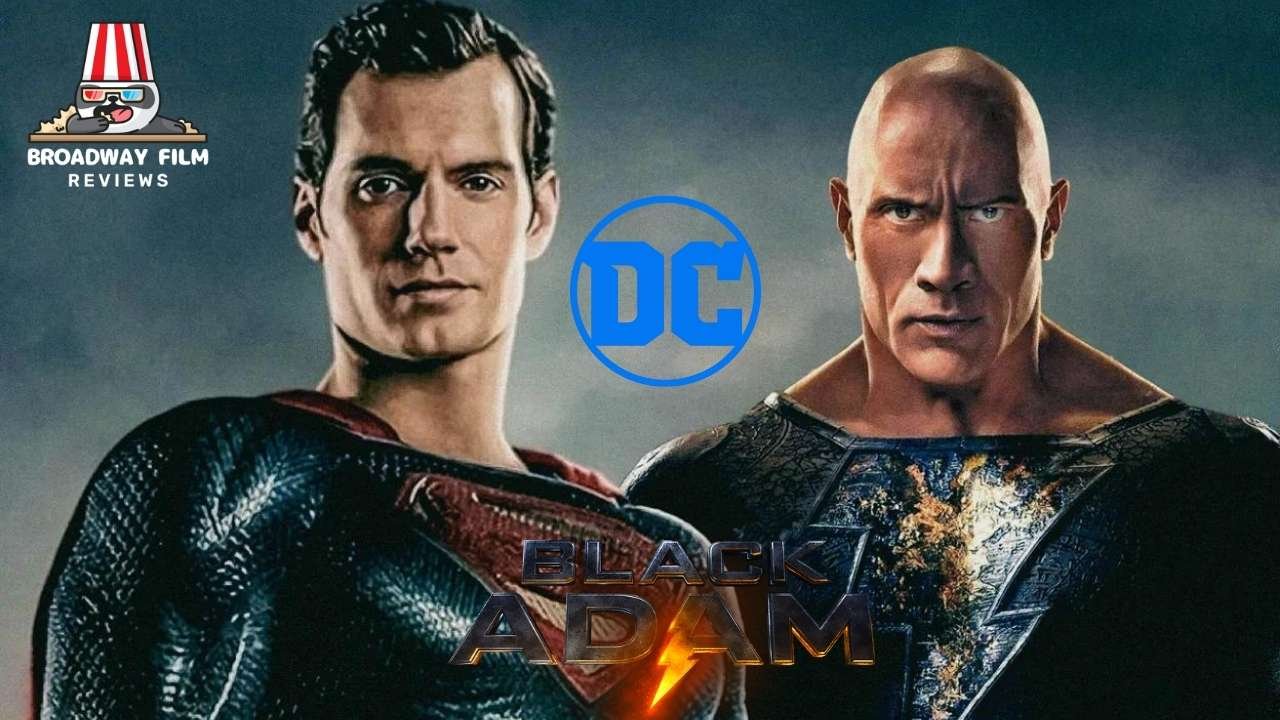 Nearly 5,000 years after he was bestowed with the almighty powers of the Egyptian gods-and imprisoned just as quick-Black Adam is freed from his earthly tomb, ready to unleash his unique from of justice on the modern world.

It’s been four years, I have been waiting for DC to unleash their true potential. Darker, Gritty, Violence, and Bad-ass Action. These
are the things that turned DC to stand alone from other silly comic films coming these days.

I lost hope in DC movie because of few directors but not in their Heroes.

Zack Snyder’s Justice League (4 hour cut) delivered what wants to see. You all know the story and the success. But, missed it in
theatre was the only regret. Still, Epic..

Later, Warner Bros. announced “THE BATMAN” movie. I was so excited, only because of Matt Reeves. He is same as Zack Snyder in
filmmaking. Who ever watched his films know his style towards Art and Ideology with cinematic experience. I watched The Batman on First Da First Show at Prasad IMAX, Hyderabad.

I was fully satisfied and got everything, The Batman was darker than imagined, more violence, and more on his detective skill. Whoever
complained on Batman warehouse fight in Batman V Superman: Dawn of Justice (2016) was brutal are enjoyed Matt Reeves Batman’s brutality.

The experiences was mind-blowing and unforgettable

The Hope raised again on DC movies. The Hype towards Black Adam went sky-High because of The Rock. He promised the fans
that he will deliver what fans we’re waiting for long time. In India, the movie was released one day earlier than US.

I booked the ticket with my director at Sathyam Cinemas, Chennai for 1pm show (big Screen, IMAX seats are sold out).

Let’s check out the review,

The movie begins with an introductory flashback that takes the audience to 2600 BCE and the fictional Middle Eastern country of Kahndaq, once “a Centre of power and enlightenment” that is now ruled by a brutal despot, King Ahn-Tok.

The enslaved Kahndaq population works in the mines to extract a magical mineral, Eternium, from which the nation’s ruler derives
unimaginable powers. A slave boy rises from among them and stands up to the King. He slays the tyrant and becomes a demi-god
to his people.

Adam Teth is granted the gift of invincibility by the Council of Wizards. But because he, driven by uncontrollable rage, uses his
godlike powers for the purpose of wreaking vengeance, he is banished from the land and imprisoned. The persona of Black
Adam is born.

The film jumps 5,000 years forward and, using the voiceover of a young present-day Kahndaq boy, Amon (Bodhi Sabongui), who
believes a hero will arrive one day to liberate a people under foreign military occupation for 27 years, informs the audience
that the misfortunes of the nation has never ceased.

Also Read: Batman: The Long Halloween Part One Review – One Of The Best Entry In The DC Animated Universe

He proceeds to wipe out several armed men of the Inter-gang, the international mercenaries in control of the Kahndaq, as they try to close in on the Crown of Sabbac. Adrianna stands between the mercenaries and the prized artifact.

Once the quartet lands in Kahndaq, Black Adam moves into top gear and unleashes a veritable torrent of twists and turns. Troubles multiply for Adrianna and her son – the boy who wants his people to be saved finds himself in need of a rescue act when inimical forces kidnap him to force his mother’s hand.

The duo, with Adrianna’s electrician-brother Karim (Mohammed Amir) chipping in at crucial junctures, seeks to prevent the Crown of Sabbac from falling into the wrong hands.

Hawkman tries to stop Black Adam from continuing down the path of dispensing his brand of instant and destructive justice. A descendant of King Ahn-Tok surfaces to lay claim to the priceless crown that everybody wants.

Caught between the two, Doctor Fate, who has the power to see what lies ahead, exhorts Hawkman to use the time that they have
to change the future.

Later, he appeals to Black Adam not to “give up on us” because the “world needs you”. Finally a movie gives the feeling that DC are making great movies again. First of all, it may not be comic accurate at all but Dwayne Johnson is the perfect casting for Black Adam.

What a movie! The special effects are really immersive and really give an immersion to the city Kahndaq. We learn more about his story and the way that the whole habitants become slave.

Black Adam have a story that become more and more interesting and give some surprises, revelations and a new orientation for the future of Black Adam (Spoiler: with superman at the end).

All the super heroes were awesome to watch by their suit, their powers, their goals and the confrontation between the justice society of America and Black Adam give some interesting theme to talk about: is Black Adam really a villain? What is a hero? What  is his duty?

A hero can call himself a hero if he can free their people from slavery even he did bad actions? Where is really the line between villain and superhero?

I mean there were interesting things to talk about and the plot get more and more interesting even if its begin in a classic way: the curse of the wizards to make Black Adam a prisoner and his story have a lot of subtleties when other point of view will discuss about the Black Adam Story and his real intentions

His is anger can’t be under control and can become a treat but the real villain who is Ishmael because it’s a descendant of the ancient king of Kahndaq and it will tell another point of view about Black Adam because he saw him cried about a boy who get killed and it’s in fact was his son who give him the power.

Also Read: The Suicide Squad Review – The Fun Ride Everyone Wanted the First ‘Squad’ to Be

So, I mean there was some interesting revelations and surprises and bring more nuances to that Black Adam’s character. And all the fights in the movie were pretty great and pretty epic.

The justice society and their heroes were great (special mention to Atom, DR Fate, Hawkman) and with them they will discuss more about what is an hero and how to act like one.

I really appreciated even if I didn’t go watch Black Adam mainly for his story but I appreciate it anyway.

It have also some drama moments with Dr. Fate and Hawkman but Dr. Fate will save the world at the cost of his life and give an interesting view that Dr. Fate’s character and give another interest to watch the movie.

Because it really have some surprises and revelations during the whole movie and have no break for us to take during 2 hours and that’s a good thing.

I’m glad that the movie have some subtleties and make him more interesting and that’s not a battle about to see who is stronger but just to test the value and their intentions and their motivations and really make them stand out each of them and give interesting duels in spirit and physical (Hawkman and Black Adam).

And at the end, maybe a collaboration with Black Adam and Superman? Or a duel? Very good DC Movie and bring a new world in an existed one (Shazam) but give an identity and a story to a hero/villain character that will make him interesting to watch in next movies.

Coming to performance, everyone did their part well, but we have to give more credit to Justice Society team. In lot of scenes they steal the show. Now we talk about our Anti-Hero DWAYNE JOHNSON (The Rock) was born to play this role because his physical transformation to Black Adam is unbelievable.

In other Hand, DC really putting their hard work to bring more accurate to comics. Cinematography and Music are another highlight of the film. Background score is top-notch.

Jaume Collet-Serra did good job but he missed great opportunity. I watched his all movies. His films have weak screenplay but never on less entertainment. This same apply to Black Adam too.

If he concentrate more on story and Screenplay with extra care, definitely Black Adam stands as one of the best superhero movie. Any ways we have to appreciate his efforts and delivered a boost what DC needed for a long.

Black Adam is a great, visually wonderful film with lots of action, violence, and lovable characters. We have not seen any other movie with Anti-Hero theme besides the “Morbius” but these two cannot be compared. Black Adam is an amazing movie and I hope the sequel come soon “Black Adam vs  Watch it in the cinema for a beautiful experience. Book Your Tickets.