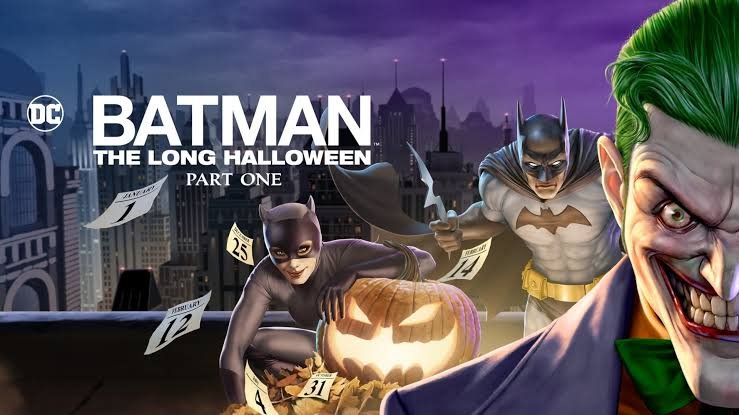 Batman: The Long Halloween is a two-part animateddirect-to-videosuperhero film produced by Warner Bros. Animation and DC Entertainment, based on the DC Comics storyline of the same name. It is the 42nd film in the DC Universe Animated Original Movies line. The film is directed by Chris Palmer.

The new DCAU movie is first of the two part movies based on the acclaimed limited comic book series of the same name by Jeph Loeb & Tim Sale published in the 90s.

The movie is among the few screen adaptation of the Batman that showcases his abilities as a detective. I think the movie faithfully follows the original source material while providing a fresh update to the story for modern sensibilities. The visuals share the noir-tinged sensibilities with a Gotham City and character designs that bear a more subtle inspiration to the source material.

Another highlight of the movie is the performance of Jensen Ackles, who previously voiced Jason Todd in Under the Red Hood did a wonderful job as voicing the Caped Crusader/Bruce Wayne. Josh Duhamel’s Harvey Sent also requires special praise along with Naya Rivera as Catwoman and David Dastmalchian was particularly effective as the sinister Calendar Man.

Overall with an atmospheric mood punctuated by thrilling set pieces, The Long Halloween is one of the most effective DCAU movie.

Note: I don’t understand why DC doesn’t let the Animated Movies write the live action Movies. They are so much better…

Now this is a movie that feels like a Batman movie. The dark atmosphere it builds up fits with the caped crusader, and the mystery aspect of the plot is neat