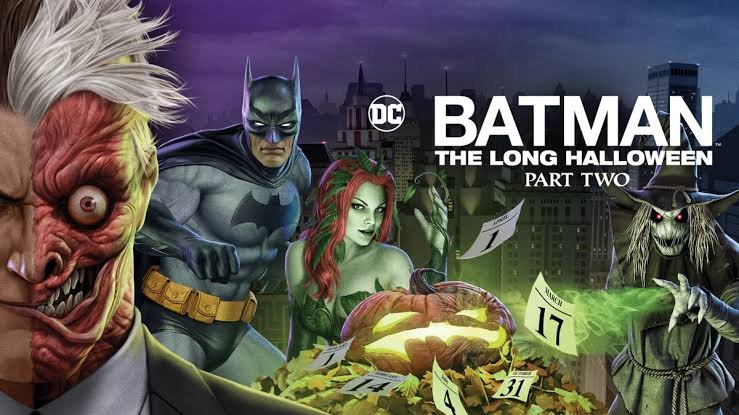 Batman: The Long Halloween is a two-part animateddirect-to-videosuperhero film produced by Warner Bros. Animation and DC Entertainment, based on the DC Comics storyline of the same name. It is the 42nd film in the DC Universe Animated Original Movies line. The film is directed by Chris Palmer

Everyone knows Batman as the detective whose deductive reasoning skills are so formidable he is almost omniscient. This isn’t that Batman. This is a young Batman, just starting out in his role as a caped crusader, who is a bit surprised by the fact that he not only has to apprehend the bad guy but also figure out who the bad guy is. At the start of part 1, he’s easily misled, almost bumbling. But this movie also shows him learning from his mistakes, adapting, getting better. The fun part is that even when he does learn from earlier mishaps, there are times when things still don’t work out for him.

Other reviewers have already discussed how the movie shows the transition from mafia style criminals in Gotham to villains like the Joker, Penguin, Two-Face, and Poison Ivy, so I won’t dwell on that other than saying that I thought it was well done.

So, good story, good dialogue, great voice acting, and good character development (which is rare in this genre). As a long-time Supernatural fan, I was happy to hear Ackles as the voice of Batman.

It also has a decent whodunit element, though the viewer knows who did it long before Batman does.

A Interesting Take On A Familiar Character [ BATMAN ]