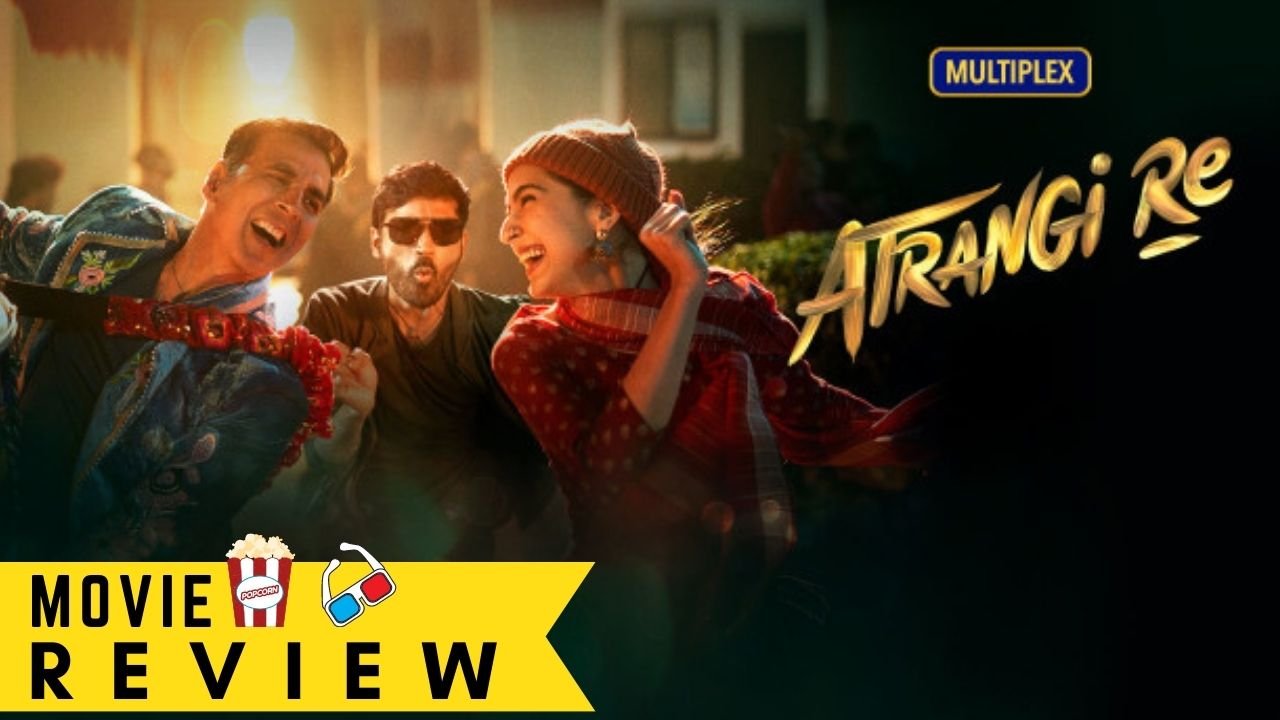 A Tamil boy meets a girl from Bihar, what follows is a love story for the ages. A non-linear narrative of two romances running in parallel from different timelines.

Aanand L Rai is one such director who has remained loyal to desi stories. His passion for telling stories set in the North with local humor has really changed the perspective of looking at those things. He delivered three consecutive hits and good films with ‘Tanu Weds Manu‘ (2011), ‘Raanjhanaa‘ (2013), and ‘Tanu Weds Manu Returns‘ (2015) before he went off-track with ‘Zero‘ (2018). All four films are set in the North, so is Atrangi Re, but just like Zero, this one too has gone away from the realistic sense of cinema.

Those three hit films were grounded and simple and that’s why worked or if I can say, that’s his USP. Unlike Zero and Atrangi Re which have some unrealistic things mixed with realistic romance/love triangles. It just doesn’t fit. Atrangi Re is another attempt to try something different from regular desi Rom-coms and sadly, it’s another lukewarm outing.

Atrangi is a story of carefree girl Rinku (Sara Ali Khan) who is madly in love with her dream-man Sajjad Ali (Akshay Kumar). She is forced to marry Vishu (Dhanush), just two days before he is to be engaged with his girlfriend Mandy. The knot is tied in funny manners and nobody even questions how it happened, until the next day when Vishu tells Rinku about his girlfriend. Reluctant Rinku is suddenly all charged up to break this marriage but her naughtiness causes Vishu’s break up with Mandy.

Just one small conversation with Rinku and Vishu is in love with her, how? We don’t know. The moment he expresses his feelings, Sajjad is back to give a new turn to this love triangle. This is just the beginning. The rest of the story has a lot of surprises and twists. The same we have seen in many classic movies of Hollywood and Indian cinema.

Atrangi Re is all about Atrangi characters played by all three lead actors. Sara Ali Khan is a fearless village girl who uses that carefree accent and language, even a few cases of abuse of soft nature. She looks beautiful in every single frame and keeps a good balance of rowdyism and innocence. Sara didn’t really get much to do in her previous film ‘Coolie No 1’ as an actor but this time she has got something to do and much more than expected.

She has made sure that the meme pages will not get any troll material this time. Dhanush is pretty good on some occasions but his accent while speaking Hindi dialogues is a little irritating. He has given an outstanding performance in ‘Karnan’ this year and this one is no match to that. However, expecting the same stuff again would be unfair.

The most Atrangi character in this film is played by Akshay Kumar. There is a twist about this character, which is nothing but a big mess.

He is funny, he is stylish and he is everything that any girl dreams of. Though, there is something about this trio that doesn’t seem right. Sara looks too young for both, whether it is Dhanush or Akshay, they are just too old to make that Romance look plausible. I don’t understand, why she never got in an affair with some teenager? Or for Dhanush, was he really that young to play a practitioner?

A.R. Rahman’s music is simply great. The master has done it again. Without any doubt, the best thing about Atrangi Re is the Music. ‘Chakachak’, ‘Rait Zara Si’, ‘Little Little’, ‘Garda’ and two more songs, what an amazing variety it offers. This man has given a perfect song to every situation, to every mood. The dialogues of Atrangi Re lack fun elements- the same we saw in Tanu Weds Manu Returns.

The film has got an engaging screenplay and because the songs are worth listening to, you don’t feel bored at all. The problem is with the logical stability and linear equation of storytelling. The backdrop that appears in the climax looks so rough and dull that you even forget what it was actually. That fire scene, tragedy, dilemma, what a great piece of crap writing.

When the suspense is revealed by the intermission point, there’s nothing else to surprise you in the second half but some kiddish segments that are lavishly shot. That Taj mahal sequence, what a terrible idea it was and the outcome is completely out of the context. You can accept one girl having some psychological issues but you can’t accept everyone around her behaving as if nothing happened. The paperwork needed to be done more carefully here.

Aanand L Rai has tried to convey something that isn’t real but eventually, he uses real-life theories for that. Frankly, it’s a blunder. The unrealistic proportions in the film have overtaken the simple love story, which could have been told with a lovable emotional quotient and morality rather than mixing advanced level medical terms into it.

Overall, Atrangi Re has some enjoyable scenes but mostly it lacks the basic sense of mainstream storytelling. Back to back dud from ALR while experimenting with something unconventional, when you know his best films have been designed for conventional audiences. An atrangi mash-up of several classic that falls flat on its face.