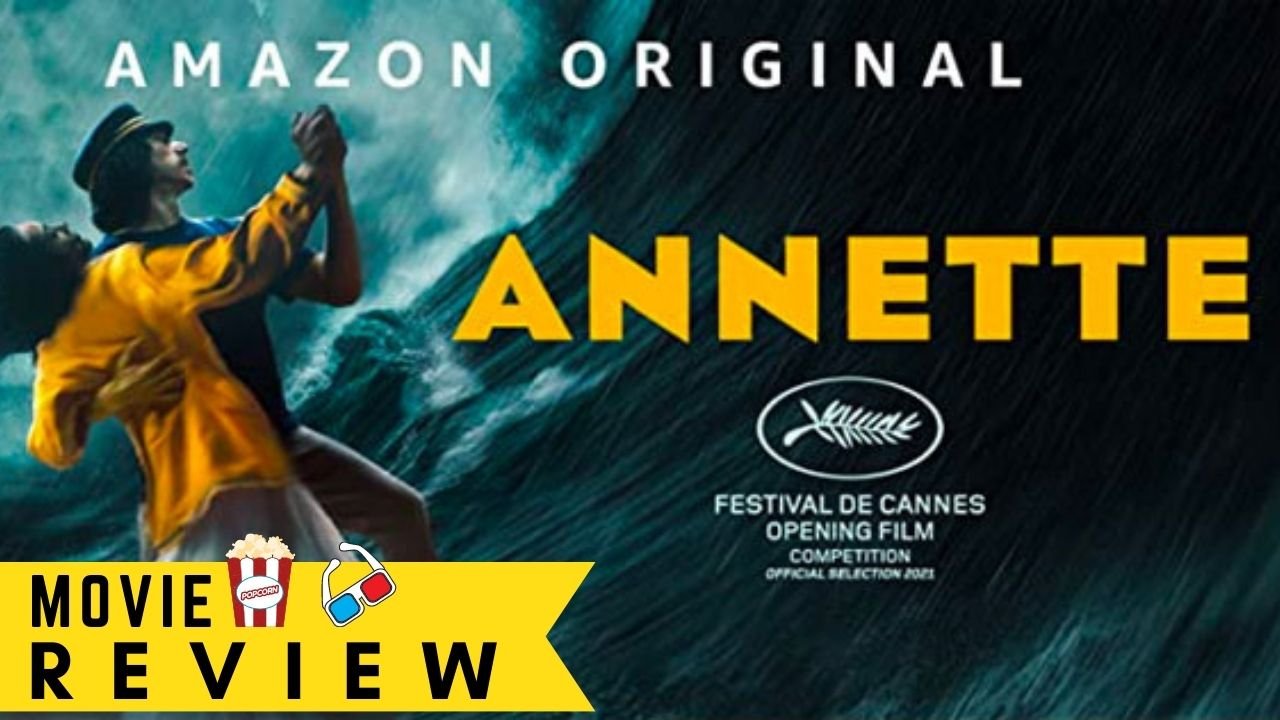 Henry is a stand-up comedian with a fierce sense of humor who falls in love with Ann, a world-renowned opera singer. Under the spotlight, they form a passionate and glamorous couple. With the birth of their first child — a mysterious little girl with an exceptional destiny — their lives are turned upside down.

Anyone who ventures to watch a film by Leos Carax must know that he has a good chance of going through a unique cinematic experience. ‘

Annette’, which made its debut at the delayed Cannes Film Festival in 2021, is no exception.

Of course, Movie lovers can make attempts to place this film in one or more categories – for example, musical, rock opera, family melodrama, social comedy – and they will all be right (with a high degree of approximation).

‘Annette’ is all these but first and foremost a Leos Carax movie – it’s weird, dramatic, grotesque, sentimental, absurd, baroque, desperate.

It is a film that you can expect a quarter of the audience to leave the cinema hall quite early during the screening, with many of the remaining ones being fascinated and enchanted until the last scene.

This also happened yesterday, I invited three of my film buddies but the twist was they left watching the film within 30 minutes.

Needless to say, I’m one of those who are irresistibly drawn into the fantasy world of Carax movies and don’t plan to escape from it anytime soon, even if ‘Annette’ has good chances of disappointing many of his fans.

Also The director warns us from the formidable scene that opens the film that we will witness a musical theatre show – a musical or rock opera, I never understood exactly the boundaries between these genres are laid.

We are invited backstage and on stage before the curtain rises.

The actors, the extras, the choir, the musicians prepare for the show, gather, and then go out together in an opening number filmed as a single long frame composed of many beautiful minutes.

We meet the lead characters, a couple in love who are also celebrities: Henry is a stand-up comedian who balances humor about himself and cynicism. Ann is an opera singer specializing in roles that inevitably end with the death of the heroine.

Henry and Ann declare their love in another memorable musical number. They’re getting married. A child is born – Annette – who will not be an ordinary child.

I stop here with the story so as not to spoil the pleasure of those who will see the film.

I will only mention that there are many elements in the story that can be described as belonging to the romantic melodrama, that various and serious themes are approached, and that the rules of the musical’s genre are strictly observed in the film which is almost completely missing spoken lines.

And, of course, the film belongs to Carax’s universe. ‘Annette’ doesn’t seem to want to be loved, but I loved a lot of things in it. The music belongs to the Mael brothers (a.k.a. Sparks group). Adam Driver’s performance is formidable and I think I saw in this film one of the Academy Awards nominees for Best Actor in a Leading Role. Marion Cotillard seemed a little underused in this film.

It is also worth mentioning the performance of Simon Helberg, in a secondary, but significant role. The cinematography of Caroline Champetier creates the illusion of a stage show with special effects. The use of the wooden puppet that embodies Annette is worth a discussion.

Many will love the solution, I was not excited. I understand that it is part of the concept, but the emotional distancing through aesthetics always makes me uncomfortable.

In other of his films, I resonated with the characters of Leos Carax, even if I didn’t always fully understand them. In ‘Annette’ the opposite happened. The characters in the film are open and explicit, but it was hard for me to identify with them.

The film addresses some important issues – the star system, the avidity of the media in search of sensational and scandal, the violence of men in relationships, the exploitation of wonder artist children – but, avoiding sentimentality, the director installed a barrier between the story in the film and viewers that I couldn’t get through it completely.

When does this usually happen to me? At some opera performances. Maybe, when we think of this film, out the phrase ‘rock opera’ what we have to remember is ‘opera’.

Annette is truly amazing, truly incredible, and it’s a truly Masterpiece, Annette is a dark musical movie that I’ve never seen before, the way they told the story with 90% of the film with only music while they tell the story is so easy to follow, added with Adam Driver and Marion Cotillard absolutely stunning performance, Annette it’s 2 hours and 20 minutes full of depression yet it’s incredible, Annette is definitely one of the best films of the year.