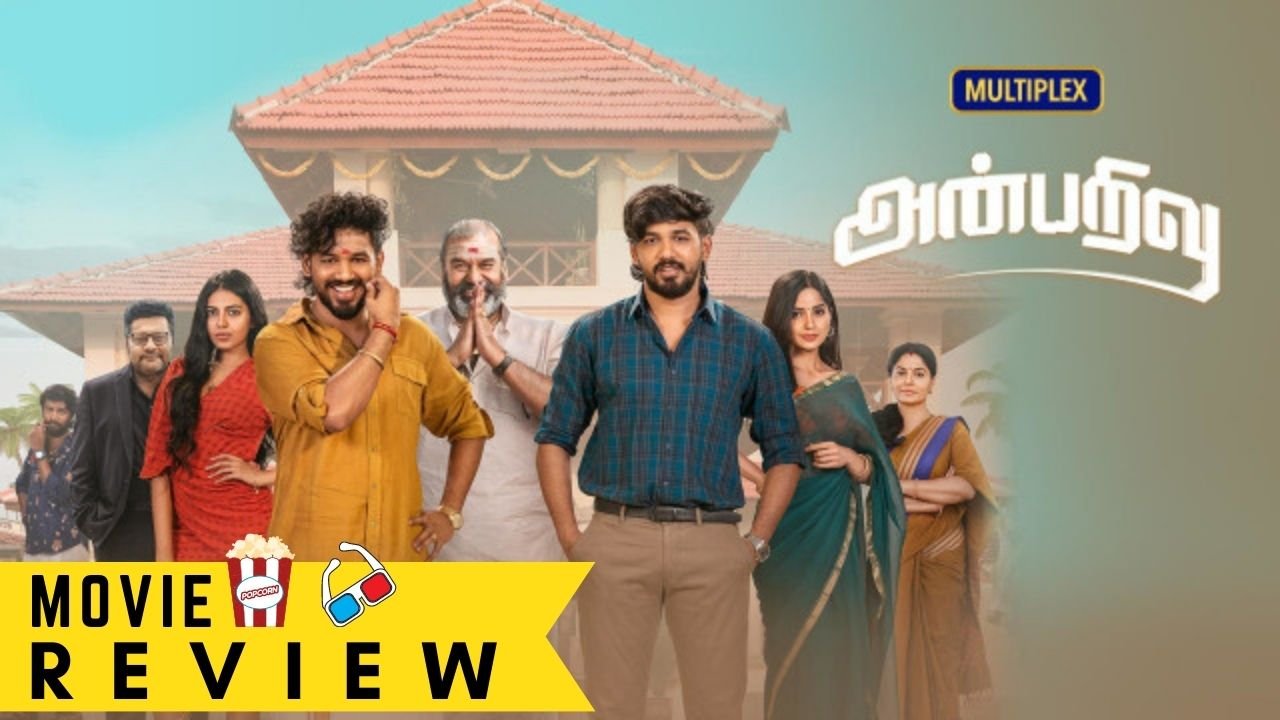 Anbu and Arivu are twins, separated as infants.  Anbu stays with his mom and grandpa, growing up rugged. Arivu lives with his father in Canada. Incidents force twins to switch families. Their attempts of reuniting the family form the premise.

Anbarivu is the first Tamil released in 2022 in OTT. And this is the first HipHop Tamizha Aadhi film released directly in OTT, not in theaters. Let’s see how the film is.?

The rest of the film is about how the family united and did they find the reason behind their separation, you need to watch Anbarivu.

Aadhi – This is the fifth film in his filmography. He did Dual Role for the first time.  And nothing new in his characterization or in his acting.

Aadhi acted in a dual role and is suited to some extent but there wasn’t any variation and the same acting keeps us bored.

In Sivakumarin sabatham, Chithappa role was here performed in this movie by another Aadhi (2nd role).

There are two heroines in this film – Kashmira Pardeshi and Shivani Rajasekar. Both are not necessary for this film. Because they don’t have strong writing or any place to perform.

Other characters don’t have strong writing because of that we don’t care about them. Napoleon and Asha Sharath did their part well. They are the only positive I saw in this film.

The background Score and Songs are good. The cinematography is too good. The production values are excellent.

The editor should have trimmed the film up to 2 hours because every scene is lagging and boring.

Coming to Writer-Director Aswin Raam, I don’t think he really understands the audience “what they want?” or which type of film will they watch at the Pongal festival season? There are plenty of emotional scenes in the film but we don’t connect with one scene in 2 H45M, because of the writing and sometimes I felt boring.

Other major drawbacks are the villain’s characterization and the climax portion.  Anyone would guess the climax before pre-interval.  The illogical and bad writing makes this film terrible and boring at many times

Anbarivu tries to be Vel (2007) and mix of few Tamil films we saw but in bad writing and bad execution, Anbarivu becomes one time watchable.