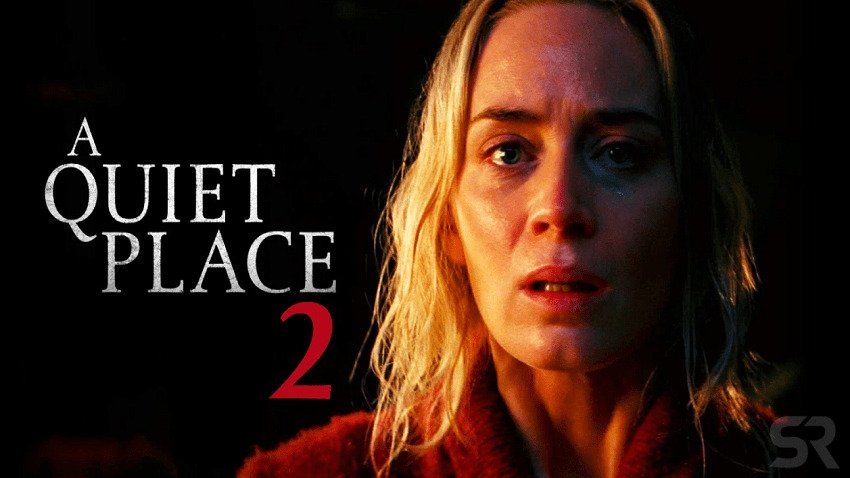 A QUITE PLACE PART II

2021 American Survival Horror Film directed by John Krasinski. The second installment of the Quiet Place series. The film follows a family that is forced to navigate and survive in a post-apocalyptic world inhabited by blind aliens with an acute sense of hearing.

Part II opens with a sequence marked by a title card indicating Day 1 that actually takes place before the events of the first film in which the tranquil town’s baseball game is abruptly disrupted by a giant fireball that pierces the Earth’s atmosphere and explodes in the distance.

The opening scene made me remember the Interstellar 2014 sand Strom, a baseball stadium scene. Both are like parallel.

Soon after, a horde of leggy, spider-like creatures ravages the town, forcing its inhabitants to hunker down inside stores, homes, or any place they can find to escape the wrath of these deadly creatures.

It isn’t made clear why they’re here, but it is perfectly obvious what they want: human flesh.

We then flash forward to day 474 where Lee is dead (settle down, he died in the first film), and his widow and three children are venturing out to find food, other survivors, or any sign of life.

They end up running into a family friend and former neighbor Emmet (CillianMurphy) who has holed up at an abandoned factory.

All the while, Regan has taken over the role of an amateur monster investigator from her late father and comes up with a plan to locate where a coded radio message is broadcasting from.

Could the message offer the clue to defeating these deadly creatures, or is it a trap?

Part II carries with it all the things that made the first installment so effective. Namely, tension, intrigue, mystery, and that same palpable intensity enhanced by the audio track’s deafening silence.

In addition, director-co-writer Krasinksi’s (Scott Beck, Bryan Woods) script is whip-smart and ultra-efficient while never relying solely on what worked in the first one. He offers a completely different take this time around, with the humans stealing the upper hand. Defeating the enemy won’t be easy though, as these toothy tyrants are fast, agile, and hungry, and will stop at nothing to investigate even the slightest peep.

It was made perfectly clear in the first installment that Krasinski understands the importance of character and plot, particularly in a film with so little dialogue.

That claim is made even more evident this time with the added emphasis of Murphy’s Emmet and the brilliant performance of Simmonds who steps up and proves she is more than capable of holding her own against the veteran cast. Something made even more admirable considering the fact that she is deaf in real life.

Like the first installment, Part II is extremely intense while never relying too heavily on jump scares or cheap frights.

The tension level is ratcheted up to an even higher level this time which makes the film’s quieter moments even more intense.

There’s also some brilliant double and triple layering of multiple story lines that turns up the action and keeps things moving along.

Like the first installment, Part II is extremely intense while never relying too heavily on jump scares or cheap frights.

The tension level is ratcheted up to even higher level this time which makes the film’s quieter moments even more intense.

There’s also some brilliant double and triple layering of multiple story lines that turns up the action and keeps things moving along.

With very few flaws and a wickedly disturbing presence, A Quiet Place II is the perfect pandemic film. “Be Silent or They will Hear you and Hunt you”

BEST MOVIES TO WATCH ON SUNDAY