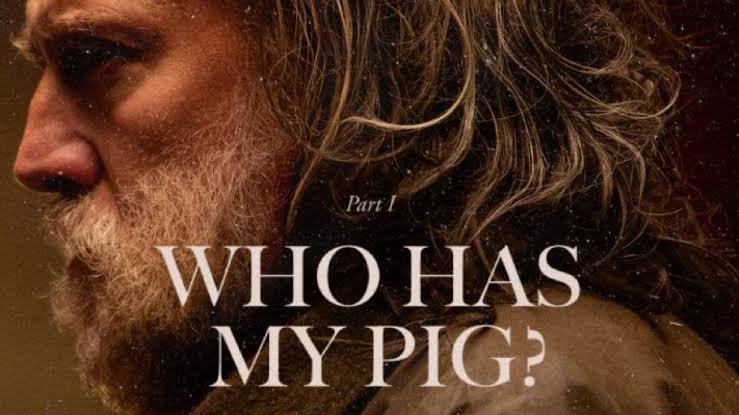 Nicolas Cage isn’t exactly known for his award-winning film roles, having become the ultimate internet meme over the years. But the dude can act, according to fans of his latest movie – which not only has a 98 percent rating on Rotten Tomatoes, but is even being dubbed the ‘best movie of 2021’. Check out the trailer below:

He sets out to find those responsible for the cruel theft, while also exploring his tortured relationship with his past self – having once been a renowned chef.

Since being released in the US last week, the film has already won itself a very respectable 98 percent rating on Rotten Tomatoes, where the critics’ consensus reads: “Like the animal itself, Pig defies the hogwash of expectations with a beautiful odyssey of loss and love anchored by Nicolas Cage’s affectingly raw performance.”

One such critic, Thrillist‘s Emma Stefansky, compared Rob’s tale of vengeance to John Wick – a parallel many are making.

Stefansky wrote: “Pig is as moody and deliberate as its protagonist, owing less to a straightforward thriller like Taken and more to the myth of Orpheus and Eurydice, a journey into the underworld on faith alone, in which love is tested, harsh truths are revealed, and heartbreak is inevitable.”

Richard Roeper from the Chicago Sun-Times, meanwhile, gushed: “Cage is magnificent as Rob, reminding us that when he’s at his best and he has the right vehicle, he’s one of the best actors in the world. This is one of the best movies of the year.”

Noel Murray of the New York Times adds: “Despite a few scenes here and there of Rob snarling, ‘I want my pig back!’ this movie is not the kind of offbeat goof Cage has become infamous for lately.

“Pig is a rich character study, marked by several riveting Cage monologues, as Rob ruminates on the tricky taste of persimmons, or as he warns the Portland status-seekers that the things they think matter will be wiped away when catastrophe comes.”

Nicolas Cage gives an incredible performance in Pig. The film is subdued, enthralling, and beautiful. The cinematography and locations are perfect.

“The tale of a mysterious solemn man and the unrelenting love he has for his friend makes for my favourite film of the year so far.”

Beckett Review – Nor Good or Nor Bad